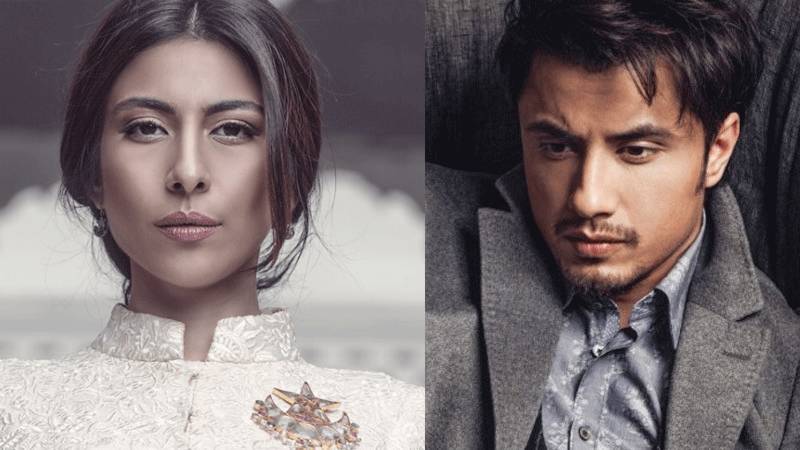 LAHORE - Meesha Shafi testified on Monday (yesterday) that Ali Zafar allegedly harassed her on three occasions, details of which she described in a statement. It was recorded as part of the defamation case filed by Ali Zafar at a sessions court in Lahore.

Recalling the incidents, the singer said the first one happened at the home of Ali’s father-in-law. Meesha said he “groped her as he greeted her” when she entered the house, in front of other people in the room, leaving her “shocked and embarrassed”.

She said she told her husband, Mahmood Rahman, who was present at the gathering. This angered him to the point that he wanted to confront Ali there and then, but Meesha stopped him to prevent any escalation.

The second alleged incident took place at a birthday party at Ali’s house. Without describing in detail, the actor said she decided to reduce her interactions with Ali and his family.

Meesha revealed the third incident was in a jamming room at Ali’s house as part of rehearsals for a contractual obligation, where Ali “groped her at her place of work”. She then decided never to work with him again.

Her statement to the sessions court mentioned that Meesha’s public tweet was not part of a large plan or conspiracy, rather a “last resort” when all other channels of resolution failed. Meesha wanted to resolve the matter internally without going public.

LAHORE- A sessions court in Lahore on Wednesday recorded the testimonies of five witnesses presented by Ali Zafar’s ...

Prior to her tweet, she spoke with Ali’s managers and told them about the past incidents of alleged harassment, stating clearly that she was not ready to work with him. Ali’s manager asked her, Meesha said, if she was willing to consider an apology from Ali to resolve the issue.

Rather than apologising, he instead denied all the incidents, she said. She then had no choice but to go public with the allegations when it became clear that she might have to work with him, despite having told her employers that he had allegedly harassed her multiple times.

LAHORE- The Meesha Shafi – Ali Zafar controversy has stirred up a storm within and beyond the entertainment industry ...

Meesha testified it was her right to have a dignified workplace and an environment free from harassment. She continued meeting Ali and his wife Ayesha Fazli, deciding to “forgive and forget”. She never told Ayesha about any of the incidents out of respect.

She flatly refuted all counter-allegations of a conspiracy to defame the Sun Rey Sajaniya singer. She clarified that the other women who spoke of being sexually harassed by him were unknown to her previously. I did not contact anyone to make allegations against him, she said.

After going public with her experience, the attacks against Meesha made her stop using social media. She revealed other women from their industry shared similar experiences of his predatory behaviour.

“I am the one who suffered financial losses and reputational damages. My tweet is sharing a true experience and is not a defamatory statement.” She added that when “I realised how difficult it is to face sexual harassment, I shared my experience to protect myself and others who are struggling to break their silence.”