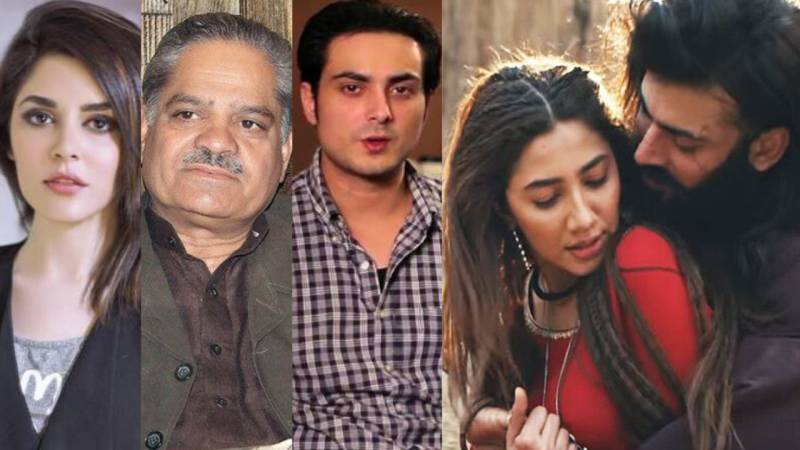 LAHORE - The Legend of Maula Jatt has finally been free from all the legal entanglement after Sarwer Bhatti, the producer of the original film withdrew all cases. Bhatti has denied all rumours of a financial settlement between himself and the producers of the film.

Bhatti instead attributes the decision on his desire for the welfare of local cinema.

“In my career, struggled a lot for the welfare of local cinema and film industry. If the film industry could be strengthened by withdrawing the case, then I will do so. Surely more volume of local releases across the country would benefit the industry,” Bhatti had shared with the media officials.

The much-awaited trailer of the upcoming Pakistani movie, The Legend of Maula Jatt, was released on Friday (yesterday). ...

Main producers of The Legend of Maula Jatt, Ammara Hikmat and Bilal Lashari were embroiled in a two year legal battle with Bhatti. The latter had filed a case over copyright infringement, claiming that his company Bahoo Films owned the rights to the Maula Jatt story.

“I allowed them for using copyrights of only my film Maula Jatt and also asked them to take back the cases they filed against me. They and their parents had approached me. When our own children make mistakes, we forgive them. Both Bilal and Ammara are like my own children so I forgive them,” he said.

Bhatti also recalled the time when he produced the original Maula Jatt, noting that at that time local cinema was facing a difficult situation. “When I produced the trendsetter Maula Jatt like today our cinema was in crisis at that time. While the film industry in the country has witnessed a revival, the Punjabi cinema is still facing certain issues. I hope that The Legend of Maula Jatt plays an important role in reviving the local cinema,” Bhatti said.

KARACHI - The first trailer of Pakistani film The Legend of Maula Jatt is finally out. The trailer was getting a great ...

Hikmat revealed that some family friends helped resolve the confusions. “Mr Bhatti agreed to withdraw his claims made before various courts and we are filing for voluntary dismissal of all proceedings initiated by us,” she said. “Mr Bhatti has taken this step in the larger interest of the film industry and promised us his full support even in future.

“This will be my take on ‘Gandasa’ films which are blamed for the death of Lollywood. I think the ‘Gandasa’ genre was a missed opportunity for Pakistani cinema, and what better choice to utilise it than by paying homage to the cult classic Maula Jatt,” director and producer Bilal Lashari stated.

Famous Pakistani film director, Bilal Lashari has just  announced a strategic collaboration between WSS and his ...