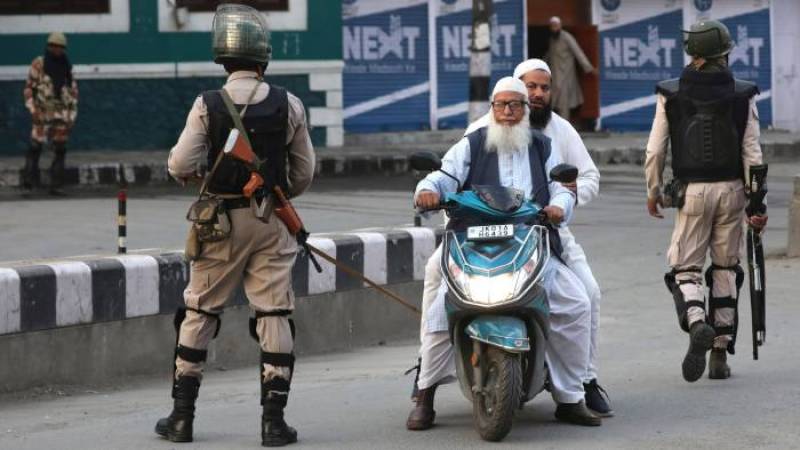 SRINAGAR – At a time when India is making efforts to change the demographic status of the occupied Jammu and Kashmir, a government website has declared the disputed Muslim majority region a Hindu majority.

The InvestJK website, run by the Industries and Commerce Department, describes under its heading on Temples that, "be it Kashmir or Jammu, the population is predominantly Hindu."

"This explains the presence of a number of temples in the state, surrounded by lakes, rivers, snow and alpines," reads the website.

According to 2011 census, Muslims make 68.31% of the population and Hindus 28.44%, while the rest are other minorities like Buddhists, Sikhs, Christians and Jains.

The Muslim-majority Kashmir is described by the website as a "fertile valley with a mild climate and well known for its handicrafts, in particular its shawls and carpets" to woo the investors.

The website does not describe the entire Jammu that has diverse geography which is mostly inhabited by Muslims.

Instead, the website focuses on the province's capital, Jammu, describing it as 'a city of Temples'.

"It is dotted with some historical temples like Raghunath Temple, Ranbireshwar Temple, Peer Kho Temple, [and] Panjbakhtar Temple, which are over a hundred years old," it adds.

The region is presented under three headings: Places to Visit, Temples, and Hill Station, to the investors.

The Temples section only focuses on four Hindu shrines, two each in Kashmir and Jammu, while the Hill Station section has two famous hill tourist resorts which have not been presented.

Thread: This is appalling. On the InvestJk website, the main site that will manage the land grabs in occupied #Kashmir, the “About JK” section has basically erased Kashmir’s majority Muslim population. The Indian state is already shifting the narrative to create new pic.twitter.com/W1BU1xOMhm

The incorrect information available on the website has drawn severe criticism.

SRINAGAR – Indian troops in their continued acts of state terrorism have martyred three Kashmiri youth in ...