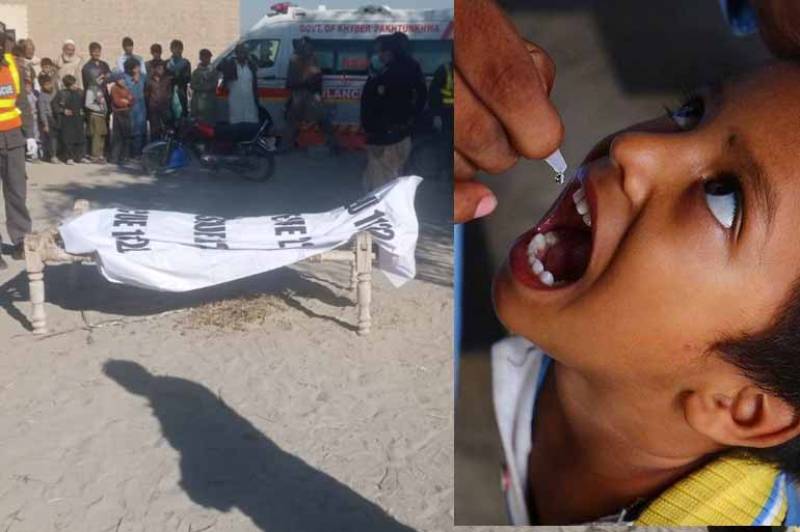 PESHAWAR – A police officer was gunned down today during an attack on a polio team in Karak, Khyber Pakhtunkhwa.

The District Police Officer confirmed that the polio team remained unhurt but the officer providing security was martyred during the attack.

The martyred police officer was identified as Junaid.

A search operation was launched to arrest the attackers and the immunisation drive has been temporarily halted in wake of current attack.

ISLAMABAD – A five-day national polio immunisation drive will start from tomorrow to vaccinate over 40 million ...

The attack occurred on the second day of national polio immunisation drive which began from Monday to vaccinate over 40 million children under the age of five across the country.

A supplementary dose of Vitamin A drops will also be administered to infants to help build general immunity against multiple diseases.

At least 285,000 polio frontline workers will visit parents and caregivers at their doorsteps, adhering to strict Covid precautionary measures and protocols while vaccinating children.