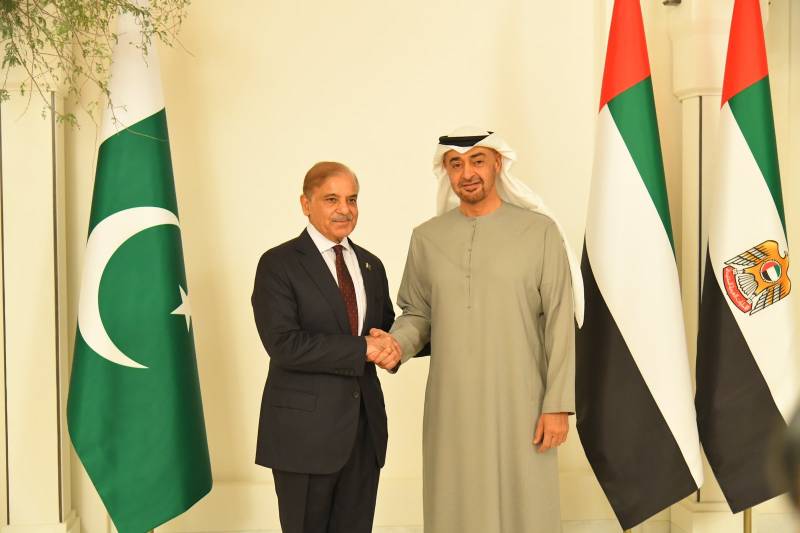 ISLAMABAD - The United Arab Emirates on Thursday agreed to rollover the existing debt of $2 billion of Pakistan and provide additional $1 billion loan to help the country strengthen its forex reserves.

UAE President Sheikh Mohamed bin Zayed made the announcement during a meeting with Prime Minister Shehbaz Sharif, who landed in the Gulf country on an official visit earlier in the day.

Pakistan was to pay back the loan of $2 billion to the Arab country in March this year but it seemed difficult as the forex reserves held with the State Bank of Pakistan (SBP) has depleted to an alarming level of $4 billion.

Sheikh Mohamed wished progress and prosperity for Pakistan. He praised the historical relations between the two nations and the valuable contributions made by the Pakistani community in the UAE.

The premier thanked the UAE president for inviting him to the brotherly country. The two leaders discussed the fraternal relations existing between Pakistan and the UAE; explored ways and means to further strengthen these ties, especially in the fields of trade, investment and energy.

Furthermore, PM Shehbaz invited the UAE president for a state visit to Pakistan to which he agreed. The dates will be decided through diplomatic channels.