Waiver for Chabahar hurts interests of both America and Pakistan 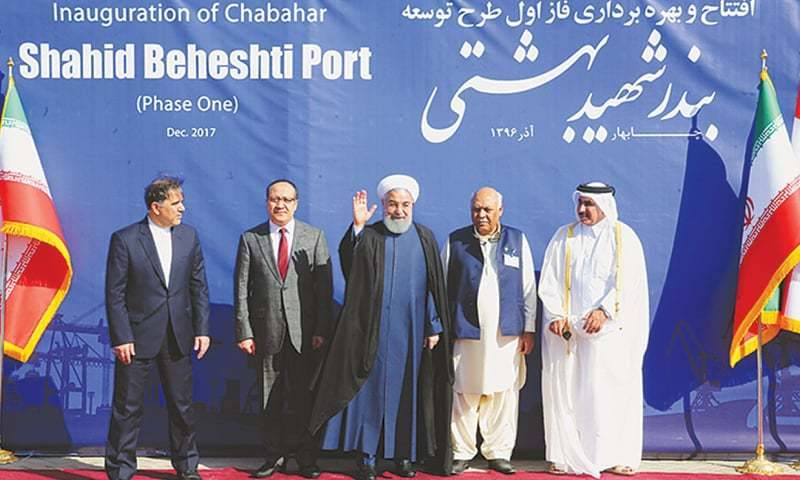 Pakistan and the United States have crucial geostrategic interests tied up in Afghanistan. As Washington reluctantly grants India conditional waivers from Iran-related sanctions on oil imports and on Chabahar port, a question is circulating in Islamabad with no clear answer: Why has Pakistan not lobbied Washington to delay or obstruct granting India an exemption from sanctions on the port?

In a success for Indian diplomacy, New Delhi succeeds in getting a conditional waiver from sanctions on buying oil from Iran and on operating Chabahar port. It is a crucial diplomatic success for Iran too. India is planning to pay Iran in euros, and Tehran will continue its involvement in the Afghan great game.

Washington insiders will tell you how Indian officials have been desperately lobbying the Trump Administration on the benefits to America and Afghanistan from the joint India-Iran port project. In New Delhi, there were jitters as Indian officials bit their fingers watching the briefing by Secretary of State Mike and Treasury Secretary Steven Mnuchen hoping for any word on Chabahar.

While India has six months to reduce its oil imports from Iran to zero, there is an exemption now for Chabahar, but it comes with a lot of uncertainty. The Indians were sure they almost lost it. The Indian media was resigned to Chabahar’s fate amid US sanctions. Even Chinese experts were confident the project will halt.

This American decision will strengthen the Russia-Iran-India nexus in Afghanistan, which is responsible for prolonging the war and for turning it into a war of attrition against the US, Pakistan and the Kabul government. Chabahar is a project designed to move Afghanistan into the Russia-India-Iran camp.

Do these three countries together ring a bell? In Washington and Islamabad, they should. The three nations were together in creating and sustaining the Northern Alliance in the 1990s and 2000s, which restarted the war in Afghanistan and caused immense troubles to Pakistan.

As for Pakistani interests, Chabahar is not about regional connectivity. It is a project meant to end Afghanistan’s dependence on Pakistan.

Iran has many seaports, some already connected to Central Asia. Chabahar is focused on Afghanistan and is part of the three-decade-old Indian and Iranian objective of ending Pakistani influence in Afghanistan (Iran, as a nation and people, does not benefit by cutting its Pakistani neighbor’s interests in Afghanistan, but this is an interest that one entity, the IRGC, has pursued feverishly for quarter-century now). Pakistani influence has receded considerably in Afghanistan, but Islamabad continues to have one trump card: Kabul’s dependence on Pakistan for access to sea. This is what Chabahar will end. But to achieve this, the port should be ready before Gwadar is. This explains how Chabahar was developed on a war footing after China and Pakistan launched CPEC.

Make no mistake: Chabahar will permanently place Kabul in the India-Iran-Russia camp. Not to mention neutralizing Pakistan's geographic advantage by bypassing Pakistan in the Russia-India-Afghanistan-Iran-Central Asia trade. In short, they are neutralizing Pakistan’s valuable ‘corner plot.’  (Since real estate is the business of choice for the Pakistani elite, they will understand this better if I use a real estate term.)

A bigger problem for Washington is the fact that the Russia-India-Iran nexus in Afghanistan is responsible for stretching the war, resulting in American, Afghan and Pakistani casualties. Russia and Iran get back at America; Iran and India get back at Pakistan and exacerbate tensions between Washington, Kabul and Islamabad. Extending the war in Afghanistan suits the interests of Russia, Iran and India.

Pakistan could have lobbied the US by arguing that India and Iran have an interest in the permanent conflict between US and Pakistan, with Russian help. The Russia-India-Iran nexus is clearly working on a war of attrition against the interests of both the US and Pakistan and the government in Kabul.

Washington and Pakistan bear the blame for this situation. There are many in DC ready to buy India’s claim that Chabahar helps Afghanistan. India’s cover story is accepted without question.

But the questions should have come from Islamabad. Yet they did not. Pakistan’s reluctant diplomacy on ties with America, over-expectation from Russia, and deference to Iran as a neighbor are behind this Indian diplomatic victory.

Ironically, Pakistan's Parliament is more interested in discussing the terms of Saudi and Chinese aid to Pakistan than in discussing how the Chabahar waiver to India could harm Pakistan's long-term interests.

Washington and Islamabad need to repair ties. This is not 2011. The Pakistani-American spy tug-of-war is over. Obama is gone. A change in strategy is long overdue.

Every day that passes without full normalization of relations, Washington and Islamabad lose even more in Afghanistan and in the larger geopolitical game in the region.