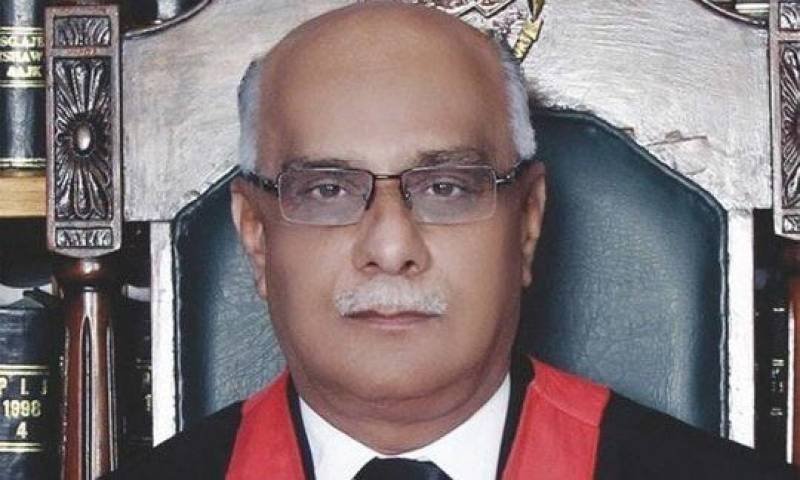 The 59-year-old judge was battling coronavirus and succumbed to the deadly illness at Islamabad's Kulsum International Hospital earlier today, a spokesperson for the court confirmed late Thursday. He leaves behind a wife and a daughter.

The funeral prayers will be offered on November 13 at the old Army Stadium ground in Peshawar at 2:30pm.

Born on March 16, 1961, Justice Seth received his early education in Peshawar, before graduating with a Bachelor of Science degree from Islamia College, Peshawar, in 1981. He completed his LLB from Khyber Law College, Peshawar in 1985 and graduated with an MA in Political Science from the University of Peshawar the following year.

Justice Seth was elevated to the PHC as Additional Judge on August 2, 2011, and had been the Chief Justice of Peshawar High Court since 28 June 2018. He presided the special court which heard the high treason case against Pervez Musharraf and one of the two judges on a three judge panel who convicted Musharraf for this crime and sentenced him to death.

A March 30 report had stated that the PHC's top judge had requested the Judicial Commission of Pakistan (JCP) to recommend his elevation to the Supreme Court on the basis of his seniority and merit.

Pakistan Bar Council and Supreme Court Bar Association has announced one day mourning on Friday over his death.