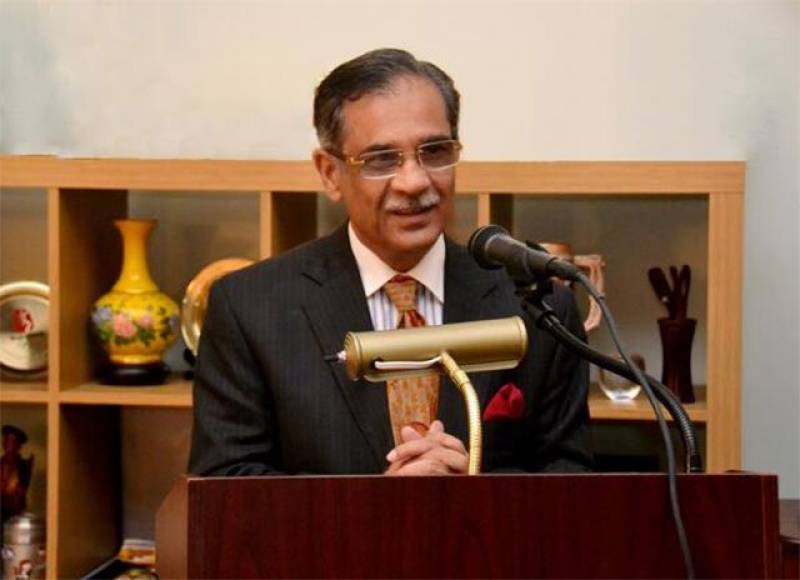 ISLAMABAD - Chief Justice of Pakistan Mian Saqib Nisar remarked on Friday that the process of accountability has begun in the country, highlighting that the supreme judicial council was active now.

Hearing a case regarding the supervisory role of the high courts in different cases, the top judge observed that the accountability process would encompass each and every individual in the country as the public is finding it difficult to get justice.

'The bench number 1 of the apex court winded up seven thousand cases, however, when judges are inquired about it, they mention the figure to be 20,' observed the judge.

Mian Saqib Nisar warned that the judges who were not swift enough in the dispensation of justice would be tried under Article 209 of the constitution.

The comments of the chief justice come a day after the supreme judicial council - a body which monitors the conduct of the judges - recommended the removal of Justice Shaukat Aziz Siddiqui, the judge of the Islamabad High Court.

Following the submission of summary, President Arif Alvi approved removing the said judge who had hurled allegations against the spy agencies of meddling in judicial affairs.

“Consequent upon proceedings under article 209(5) and recommendations of the Supreme Judicial Council of Pakistan under article 209 (6) read with article 48 (1) of the Constitution of Pakistan 1973, the President has been pleased to remove Mr. Justice Shaukat Aziz Siddiqui, Judge, Islamabad High Court from his office with immediate effect,” read the notification.

Addressing an audience at the bar a few months back, Justice Siddiqui had claimed that personnel of the Inter-Services Intelligence (ISI) were manipulating judicial proceedings.

He had further claimed that the spy agency had approached IHC Chief Justice Muhammad Anwar Khan Kasi and said: “‘We do not want to let Nawaz Sharif and his daughter come out [of the prison] until elections, do not include Shaukat Aziz Siddiqui on the bench [hearing Sharifs’ appeals]’.”