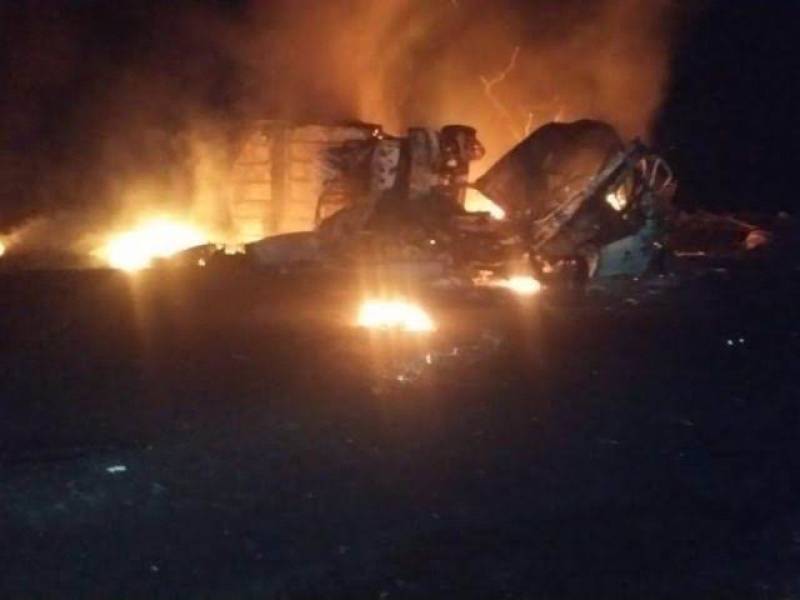 QUETTA - At least 13 people were burnt to death after a fire erupted after a passenger bus and pickup collision occurred in Quetta today (Friday).

According to media reports, police personnel and rescue teams arrived at the scene and rescued the victims after receiving information about the incident.

The security officers said that the fire broke out in the vehicle carrying diesel for smuggling near Kan Mehtarzai.

The dead bodies were shifted to the nearby hospital for identification process where the DNA test will be conducted.