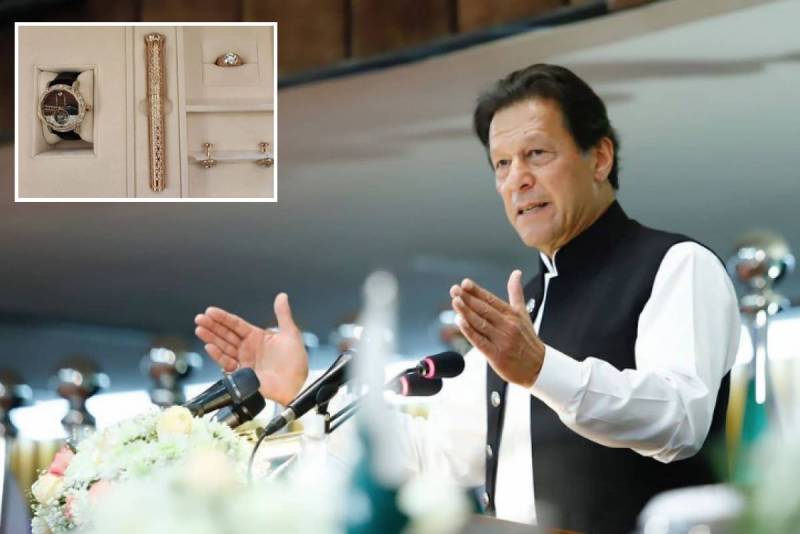 The Toshakhana case was seen as former PM Imran Khan’s Achilles' heel as it led to his disqualification as a member of the parliament.

Amid the outcry from the ruling alliance, Pakistani news anchor Kamran Shahid came up with some documents on Wednesday, contradicting Khan's claims that he was free to retain or sell the gifts he received from foreign dignataries as prime minister of Pakistan.

Citing a government report, Shahid alleged that many of the gifts the former First Lady Bushra Bibi received from Gulf states were not deposited in the state gift depository. He said these gifts were taken to Prime Minister’s House where Customs valuation personnel and unknown jewellers decided the price of these gifts in violation of rules and regulations.

The TV show host claimed that the then PM Imran Khan was present during private valuation of gifts at the highest office of the land.

The gifts, including a necklace, pair of earrings and bracelet, were valued at Rs6 billion but were kept by paying Rs30 million. Rare souvenirs from British multinational jeweller Graff and Italian gemstone jeweller Bvlgari studded with emeralds, topaz and diamonds were presented to the ousted premier during his visit to Saudi Arabia in May 2021.

According to Shahid, the documents showed that the Cabinet Division set the price of gifts at Rs18 million with the help of a private dealer and paid half of it.

Besides the rare gifts from the Saudi crown prince, Khan received gifts from other foreign dignitaries as well.

The TV show host said the Sharif-led government was set to file another reference against Khan with the help of an anti-graft watchdog.

An audio tape allegedly of Bushra Bibi, the wife of former prime minister Imran Khan, was leaked online on Thursday.

In the audio, Bushra allegedly told Bukhari: "There are some watches of Imran Khan, which the PTI chief received as gift from foreign leaders."

Bushra allegedly told Bukhari, "Khan asked her to hand over these watches to Zulfi since they were not in his use anymore."

Another voice believed to be of Zulfi Bukhari, who is the former aide to the ousted PM for overseas Pakistanis, replied in the affirmative, saying: "Job will be done Murshid."