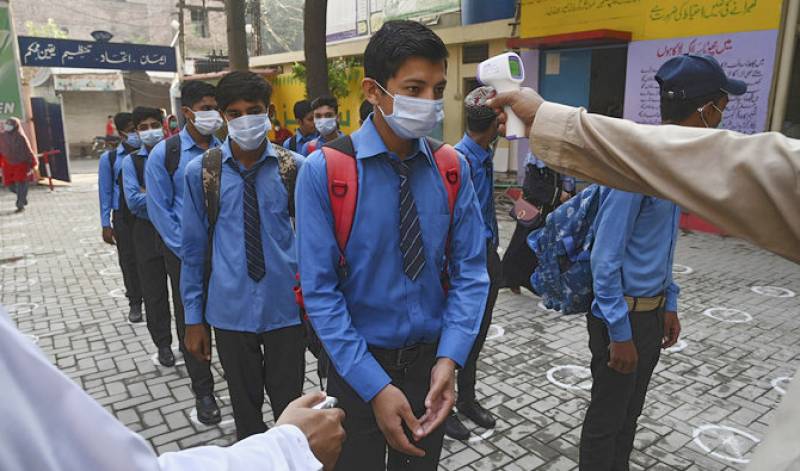 Speaking in a presser in Islamabad, the federal minister said the COVID positivity ratio dropped in 18 districts across Pakistan. Strict restrictions will remain imposed in six districts, he added.

There would be a complete ban on the working of unvaccinated persons in the educational institutions and the people related to the sector after September 30.

ISLAMABAD – The National Command and Operating Centre (NCOC) has denied rumours of closing schools till September ...

NCOC Chief mentioned a dip in the Covid cases, owing to pace in vaccination process. He said, we had set huge targets in metropolis to vaccinate 40 percent of Pakistan's population of 15 years and above.

The only way to get rid of these restrictions is to get vaccinated, he opined adding that the government will impose more restrictions on businesses violating covid induced SOPs.

ISLAMABAD – The government on Monday decided to promote the students of grade 10 and 12 to next classes, local ...