Heart to Heart - In Conversation with the rising star, Mehak Ali! 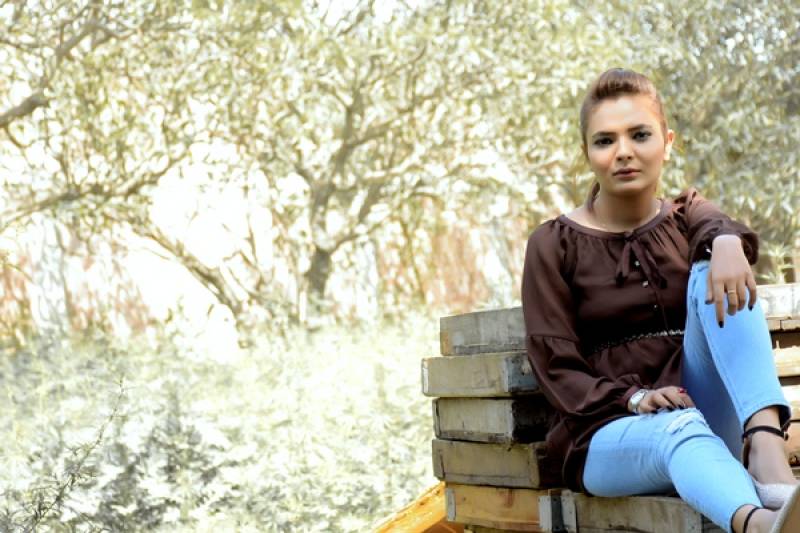 Mehak Ali hails from the small city and capital, Nankana Sahib, a part of the same name province in eastern Pakistan, right near the border with India. She moved to Lahore with her family in 2013 and with her songs like Baandi and Ishq propelling her to stardom, she wishes to give all girls around her a voice into following their dreams and changing their little Worlds for the better. Behind Mehak's infectious smile is a strong and brave woman who's had to muster her courage to get to where she is today. Mehak Ali opens up to the team of Daily Pakistan about her initial struggles coming into the industry, her challenges as a singer as well as future projects!

Mehak, you're doing remarkably well in your life and your career since you came into the limelight. We're absolutely sure that when you chose your path in singing, you probably had to overcome a lot of obstacles on your journey as all and sundry mostly do when they introduce themselves to a new atmosphere and environment altogether. What struggles were most personal to you, if any? How did you find your way around them? 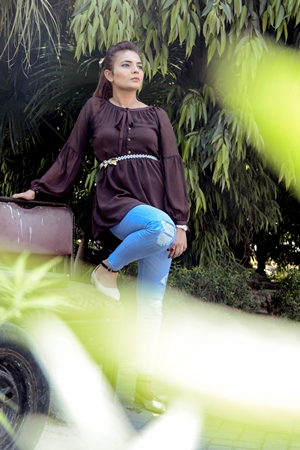 I get so excited when someone asks me a question like this! First of all, I would like to tell you here that I wasn't born into a medical family. My mother always had the usual hopes and dreams for me, for me to become a successful physician or doctor as obviously they're one of the only highest paying and most reputable professions around here, and well, hello.. wanting your child to become a medical student has practically like since 'forever' been the only socially accepted norm in our society! But, I wanted to outshine myself through my own God-gifted talents that had been granted to me and that I effortlessly and sometimes, unconsciously, would always find myself polishing up on. I made my way into singing by introducing myself into competitions at school and college, both at divisional levels and district levels, where I would persistently win the hearts of my audiences. I would keep getting cheered on by my friends as well as family and it wasn't until 2013 when I got my big break on TV, by bagging an entire massive competition (with a good 300 contestants) on my own, that I finally felt like a CELEBRITY! (chuckles). That's when I decided to convince my parents into letting me follow my aspirations of becoming a singer and help me elevate my confidence to a whole other level! It was tough at first but they were ultimately convinced and it made me the happiest person alive then! Also, personally and obviously, instead of being a doctor and owning up to the responsibility of having myself cost someone's life, I would rather choose to be a singer (that's something Mehak was always naturally good at), and own up to the responsibility of saving a life or lighting up someone's life with soul and color!

Mehak, we're in complete awe of the positive vibes you're giving us, you're an absolute charm! One thing that has always fascinated us as thriving individuals in this cruel World we live in is how to be confident of ourselves and commit ourselves with extreme self-assurance to the things we decide to do and the huge and overwhelming decisions we tend to make. You said something about 'confidence.' Were you always a confident person? Or, did you learn to be confident along the way?

Mehak: In strong words, having an ounce of confidence is the only thing that makes you survive on this planet. I remember when I used to first get on stage in the beginning of my new-found love for music, I used to be shivering and panicking throughout my performances. I'd even beg Allah to please have mercy on me and not let the people on stage call out my name! But, I learned how to face it ALL. I learned and I learned and I came to realize how even being afraid of stepping out into the open in your initial times is so SO important. Because it's a whole process where you're facing your own self and taking notes on how to finally becoming the bestest version of yourself! When you're in any sort of dire situation or are making your way through thick and thin, mere confidence acts as your only asset in having your voice be heard. I have always been modest, down to earth, never over-confident of myself and my potential and I certainly believe that has taken me a long way. Even in my personal experiences where people were favorited over me I was adamant in my never-ending struggle to unravel and uncover my talents in front of anyone and everyone, with sheer hard work. Even in my lowest times I would pick myself up, brush myself off and keep going. I let no one shatter my confidence, or use me, or even undermine my capabilities. And that is why it is my very humble request to all my female fans, followers and friends who look up to me to look within their own selves first, realize their talents and hidden potential and never ever let anyone tell them that they can't do anything that might be more than their fair share of bargain or can't be possible without a prying shoulder to depend on. Girls are smart, girls are witty, girls are unbreakable! They don't need to resort to shortcuts, drugs or even people in their life who might take advantage of them to get them to some place that they really want to be. IF they want it enough, even if they lust for money, or lust for a better future, or lust for a better relationship, they must be very patient and must work very hard for it, because it might take years to earn yourself a good reputation or name, but it takes just seconds to lose it, and at the end of the day you have Allah to be answerable to your actions for.

What are your achievements that you've been most proud of! And, where do you see yourself in the next 5 years?

Mehak: I have been the proudest of my song, "Baandi" (meaning 'slaved' or 'chained' - to a lover). It is a very soulful and heartfelt song that is dedicated to all the girls out there that I've always wanted to give a leading voice to. It starts from the line “Mai Puchti Hoon Khud Se Main Kon Hoon, Kya Hoon …. Phir Sochti Hoon Main To Aik Musalsal Safar Hoon" (sings) and has a very deep and powerful message that resides in your heart for a long long time.

Also, in the next 5 years I want to be at a place where people know me, where someone sings my praises because they see a kind of beauty in my voice that makes them hope for the better and want to believe in the good. I want people to recognize me for the content I create and the good name that I have so relentlessly and tirelessly made for myself. Also, in the near future, I want to create a platform of my own which will empower girls in this country to single-handedly tackle issues that matter to them, where they will learn and realize that they are allowed to have a voice and share their experiences and speak up for their rights. Other than my eventual plans of lending vocals to Bollywood soon (wink wink), I more than definitely want to facilitate girls, as well as boys, with the foundations of a music school which they can use to further their mutual interests, careers as well as their future.. 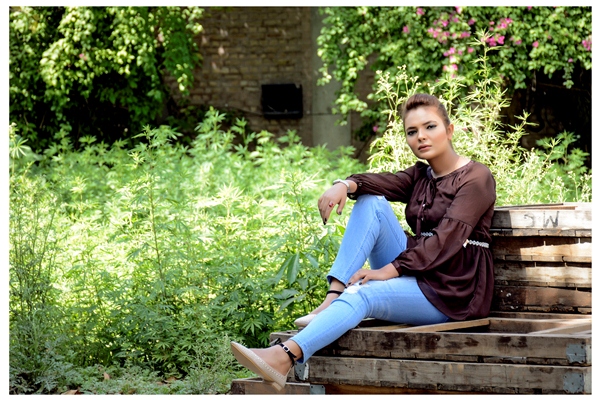