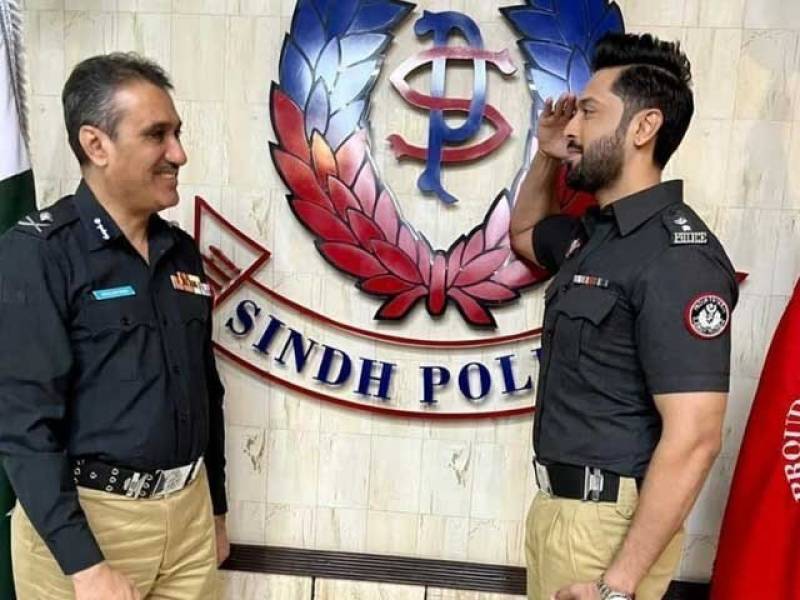 KARACHI – Pakistani heartthrob Fahad Mustafa has been riding high on the success of his new film Quaid-e-Azam Zindabad.

Whether acting, dancing, modeling, or hosting, the Load Wedding star checks all the boxes and his dedication to perfecting a scene is commendable.

This time around, Fahad Mustafa has received appreciation from Sindh police for positive portrayal of police in his new film wherein he has essayed a role of SHO Gulab.

IG Sindh Police Ghulam Nabi Memon has honoured the celebrity with the title of Honorary Superintendent of Police (SP) on the eve of the Independence Day.

The Jeeto Pakistan host shared the good news on his Instagram where he also shared a couple of photos.

“Today, I truly believe SHO Gulab has achieved his biggest dreams. Many many thanks to IG Sindh Police Ghulam Nabi Memon for honouring me with the title of Honorary Superintendent of Police (SP) this Independence Day, and bringing Gulab’s ambitions to life,” he captioned the post.

“I will never get over the love and support you all have shown to this character and Quaid-e-Azam Zindabad, and I hope to continue serving my nation proudly!” he concluded.

Pakistani heartthrob Fahad Mustafa has been riding high on the success of his new film Quaid-e-Azam Zindabad ...