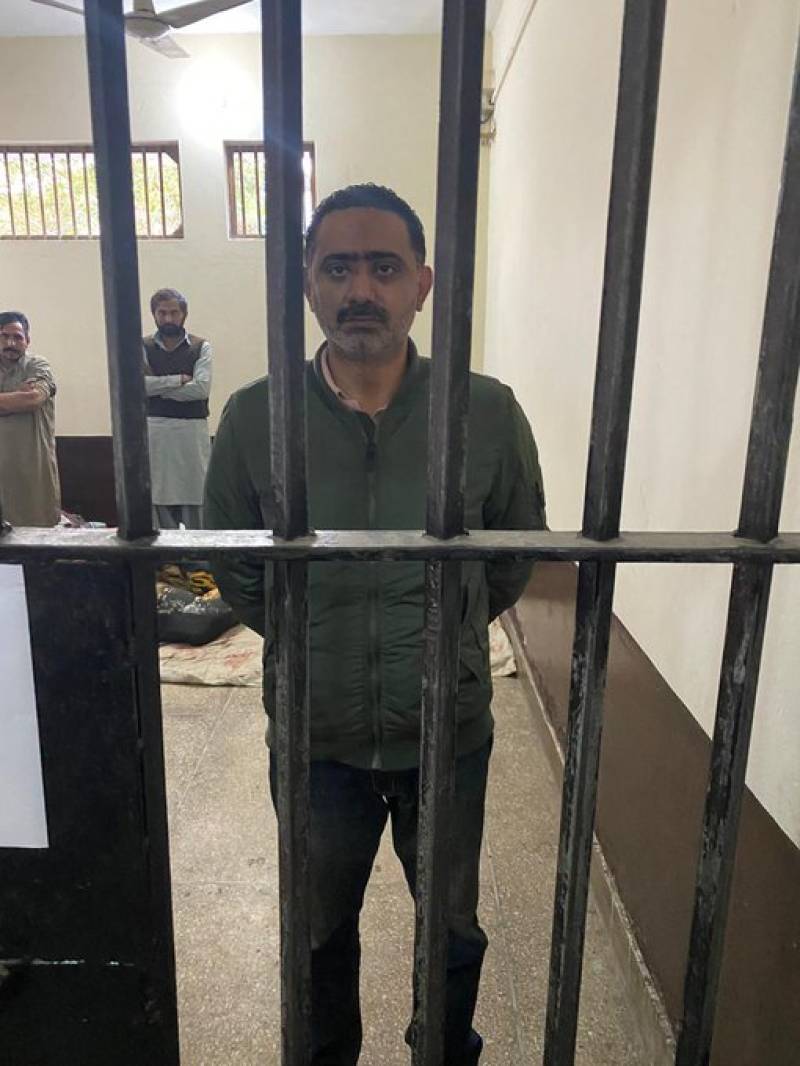 LAHORE - Police on Sunday arrested the man, who had beaten up a motorcyclist at the gun point in the provincial capital, after the disturbing video of the assault went viral on social media.

Aqeel Mirza, who is an employee at a private bank, was traced through the registration number of his vehicle can be shown in the video.

Law enforcement officials raided the residence of Mirza but he had his house after the matter was taken up by the news channels.

However, his location was traced through his mobile phone and was nabbed by the police.

The suspect told police that he went angry after the bike rider collided with his newly bought vehicle at the Walton Road and beaten him. The accused can be seen kicking in the face of the man, who is appeared to be asking for forgiveness due to the fear of being killed.

“I took gun out of the vehicle when the motorcyclist misbehaved with him,” he said.

Police have recovered the pistol used for threatening the victim.

Police are making efforts to trace the motorcyclist with the help of CCTV footage. A case will be registered against the assailant once the bike rider is found.

Earlier today, a Twitter user had shared a video saying: “A rich man beats a poor driver with a pistol in Lahore.”