Watch: Women miraculously escape death after falling of swing on the edge of 6,300ft cliff in Russia 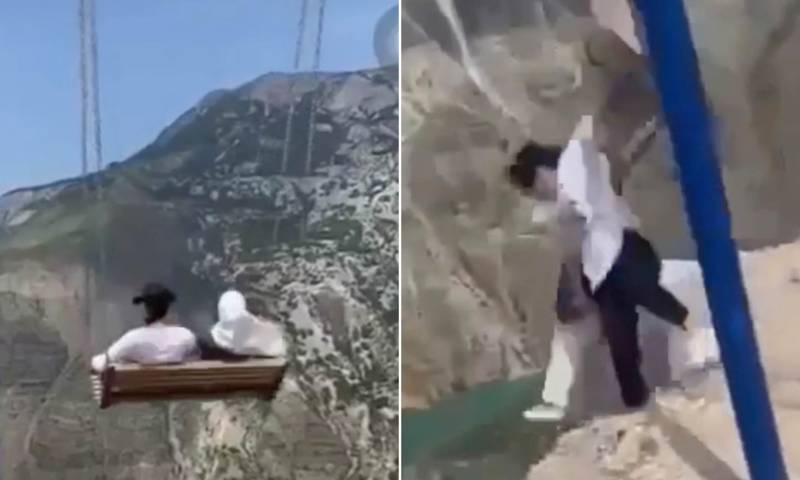 Two women in Russia miraculously escaped with minor injuries when a swing perched swing on the edge of a 6,300-foot cliff collapsed in Russia.

They were taking a ride on the swing over Sulak Canyon, located in the Russian Republic of Dagestan, when one of its chains snapped and sent them hurtling off the cliff edge, reports Daily Mail.

Footage of the heart-stopping incident has gone viral on social media. It shows the two women were enjoying the ride when the swing fell off, leaving onlookers screaming in shock.

The Ministry of Tourism in Dagestan said that police officials are probing how the huge safety lapse occurred.