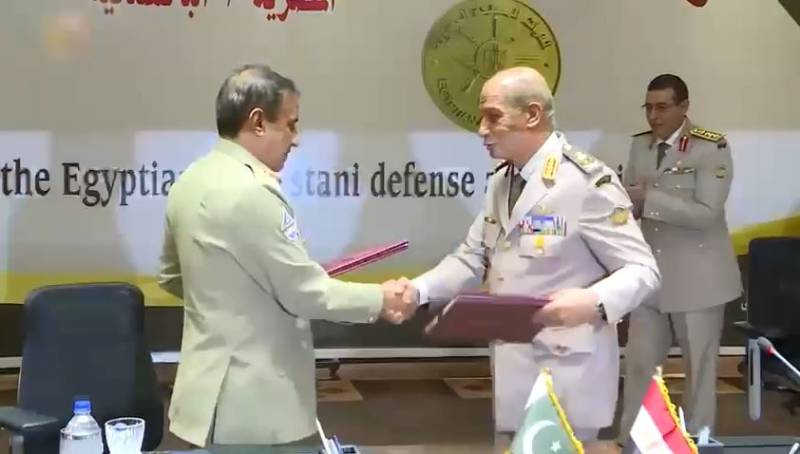 He was talking to Chairman Joint Chiefs of Staff Committee General Nadeem Raza who called on him in Cairo.

The Egyptian President conveyed his feelings of high esteem for Pakistan’s Armed Forces. Lauding the professionalism of Pakistan’s Armed forces, he acknowledged their sacrifices in fight against terrorism. General Nadeem Raza said Pakistan is keen to expand its military to military cooperation with Egypt, reported Radio Pakistan.

The Chairman Joint Chiefs of Staff Committee also held separate meetings with Egyptian Minister for Defense General Mohamed Ahmed Zaki and the Commander in Chief of Egyptian Armed Forces and Chiefs of the Tri-Services.

The Chairman Joint Chiefs of Staff Committee also led the second round of Defense and Security talks there.

He highlighted the positive role of Pakistan in countering violent extremism and regional stability and connectivity and its impact on the region and beyond.