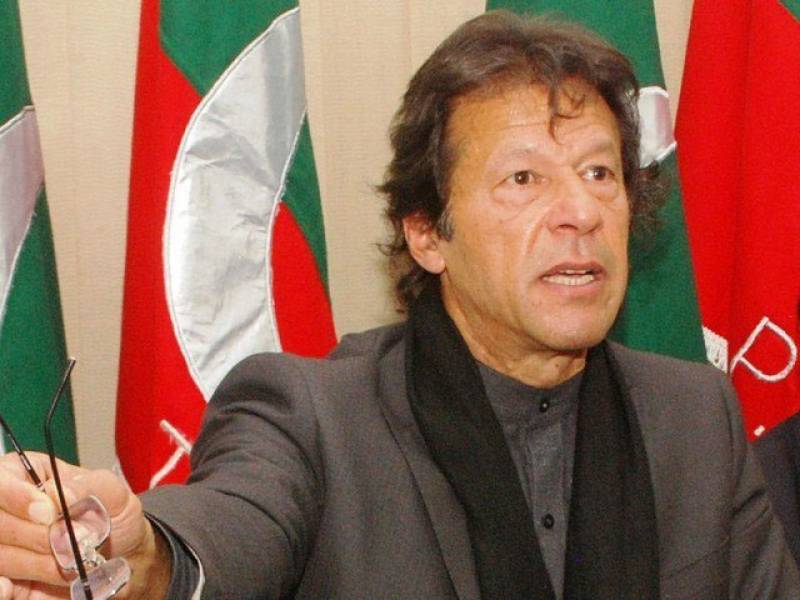 KHANPUR - Pakistan Tehreek-e-Insaf (PTI) Chairman Imran Khan said on Wednesday that judging by the number of members leaving the ruling party, it is possible the government will dissolve soon.

Talking to the media, Imran said that elections should be held within 90 days if the government ceases to exist.

“PML-N doesn't have the numbers. Many members are defecting because they don’t want Nawaz to use the party to save himself or hurl attacks on judiciary and army,” he said.

Imran also spoke to the media about reviving tourism in Khanpur.

The PTI chief has reiterated the demand for early elections on various occasions.

He said that given the present circumstances in the country, there was no way out besides early elections, adding that only “a fool” would term the step to be against democracy.

Imran quoted the instances from different countries, saying Theresa May of UK and Recep Tayyip Erdogan in Turkey called elections in their respective countries as the process strengthens democracy.

He said the sooner elections take place the better it would be.