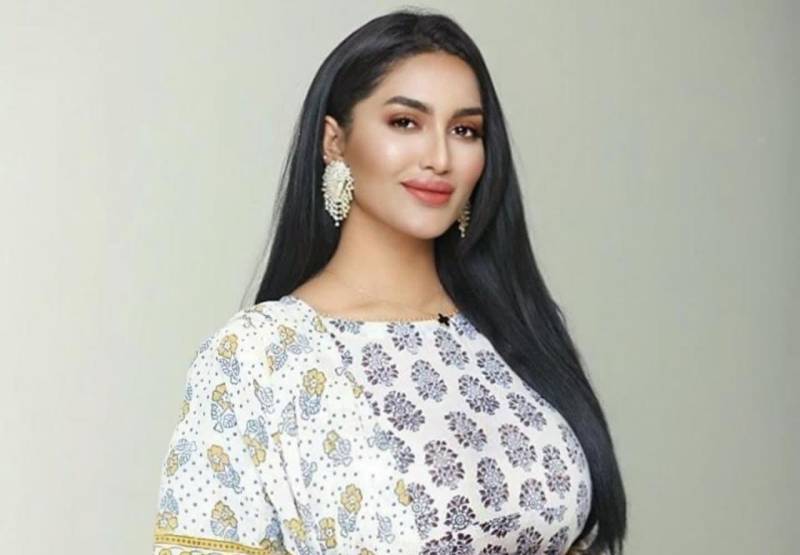 The controversy queen of Lollywood Mathira has so much more to offer than her online banter and unfiltered opinions.

The Jotha Tu Hai singer has been quite open about her private and is never shy of sharing minute details of her struggle and rise to success. Quite recently, the TV host stunned netizens with a secret she had kept under wraps for a long time despite having grandeur and stardom.

The Sirf Tum Hi To Ho star sat down during an interview to shed light on the struggling period at the beginning of her career, the life of a female artist, and her real name. Mathira was invited on the show Momina’s Mixed Plate where she highlighted that both sides of her family gave her different names.

The Naagin-famed diva expressed that she has alter egos due to her different names as each carries its own mark. Mathira added that her documents suggest her name as "Tahmeena" but she uses Mathira as well.

The Insta Show with Mathira host further added that her mother's side named her Mathira while her father called her Tehmeena.

The 30-year-old diva implied that only her loved ones address her by 'Tahmeena' whereas Mathira is more of a stage name, something she uses while at work.

On the work front, Mathira was seen in Sirf Tum Hi To Ho although she is currently working in Tevar, and Sikander.

Bold and beautiful Mathira was recently spotted in Frieha Altaf's podcast FWhy and the social media celebrity ended up ...