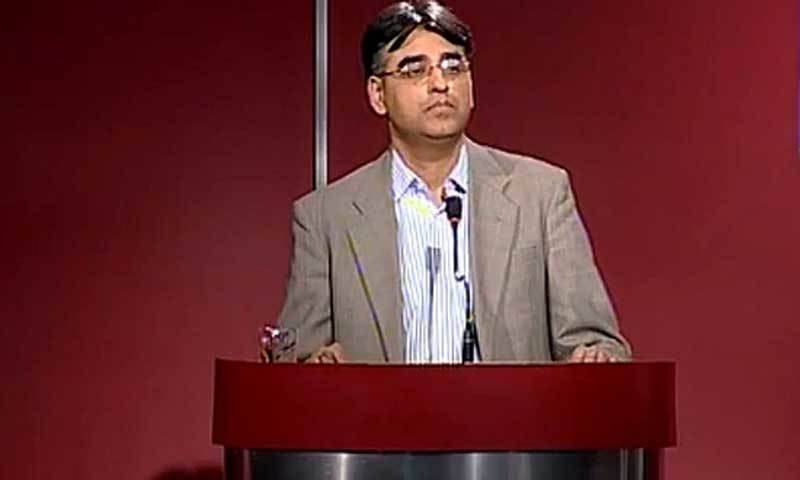 The minister faced severe backlash on Twitter and other social media platforms after he gave "misleading" figures of fiscal deficit and oil prices.

In a tweet, the finance minister claimed that the current account deficit of Pakistan declined by 900 million dollars last month, which is 72 per cent decline as compared to the same month last year.

The social media users posted an online chart to reveal the correct facts and figures pertaining to the oil prices, according to which the oil price in February 2018 was 63 US dollars per barrel, while in the same month in 2019 it cost 61 US dollar per barrel.

@Asad_Umar Please I beg your pardon @ehsanulhaq31 has drawn my attention to the above ! How can we trust your numbers on deficits if you are brazenly misquoting the average oil price in Feb 2018 was 66.23 $ ! How can you do that ?? pic.twitter.com/B6NDuQqR7f