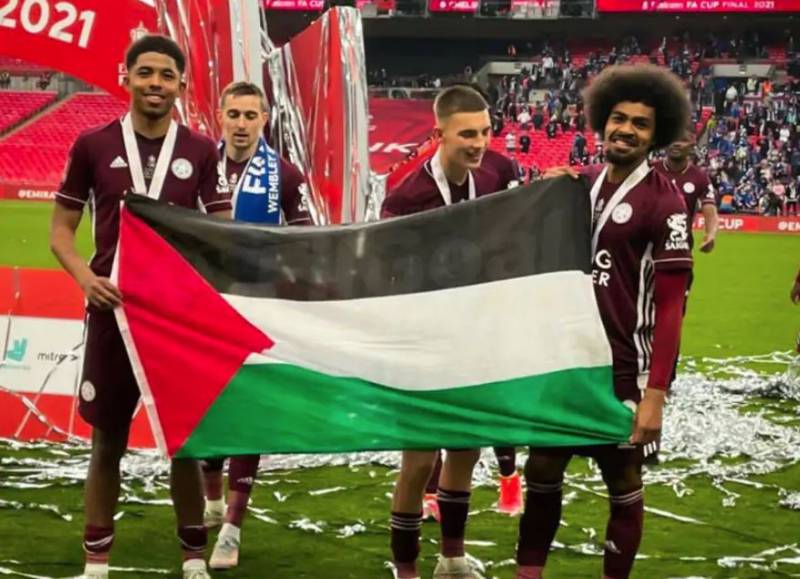 WEMBLEY – Players of English football club Leicester City Saturday expressed solidarity with the Palestinians who have faced Israeli bombardment causing the death of over 145 people including minors since Monday.

Hamza Choudhury and Wesley Fofana of Leicester City celebrated their maiden victory over Chelsea by waving the Palestinian flag.

Both players waved the flag in solidarity with Palestinians who have faced massacre from Israeli forces amid the recent events of ethnic cleansing.

Palestinian Ambassador to the UK Husam Zomlot also expressed gratitude to both players.

Meanwhile, pro-Palestine rallies continue in solidarity with oppressed Muslims in the Gaza strip. Tens of thousands of protesters marched in support of Palestinians on Saturday in London, Berlin, Madrid, and Paris.

JERUSALEM – As Israeli forces stepped up their bombardment at Gaza amid ethnic cleansing of Palestinians, a ...

Besides the huge rallies in Europe, thousands of demonstrators in Washington, DC, and New York City also took to the streets in solidarity with Palestine and to protest Israel for attacks on Gaza.