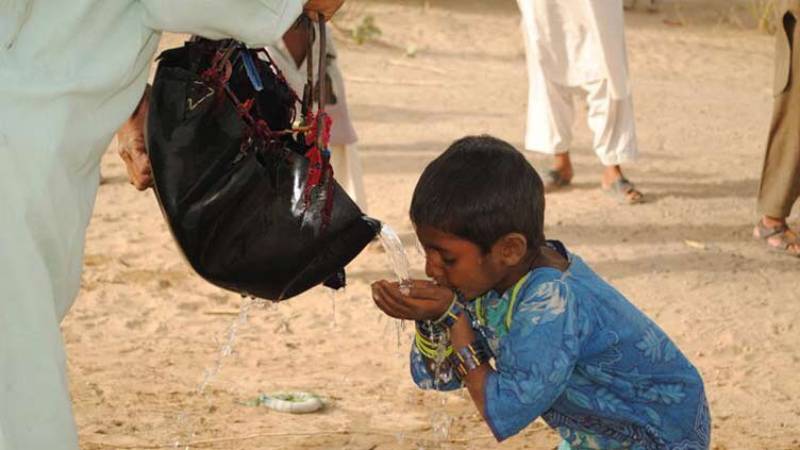 The United Nations Convention to Combat Desertification (UNCCD) has issued the 'Global Land Outlook' report as world set to mark the UN Desertification and Drought Day on June 17.

The report revealed that drought has mostly affected the people living in the Asian region.

UNCCD in its report said that humanity is “at a crossroads” when it comes to managing drought and accelerating mitigation must be done “urgently, using every tool we can”.

It calls for making a full global commitment to drought preparedness and resilience in all global regions a top priority.

The report warned that inaction to tackle the issue related to drought will put an estimated 700 million people at risk of being displaced by drought by 2030.

“By 2040, an estimated one in four children will live in areas with extreme water shortages

By 2050, droughts may affect over three-quarters of the world’s population, and an estimated 4.8-5.7 billion people will live in areas that are water-scarce for at least one month each year, up from 3.6 billion today.  And up to 216 million people could be forced to migrate by 2050, largely due to drought in combination with other factors including water scarcity, declining crop productivity, sea-level rise, and overpopulation,” read the official press release.

ISLAMABAD – The Ministry of Climate Change has issued an heatwave warning, urging provincial governments and ...