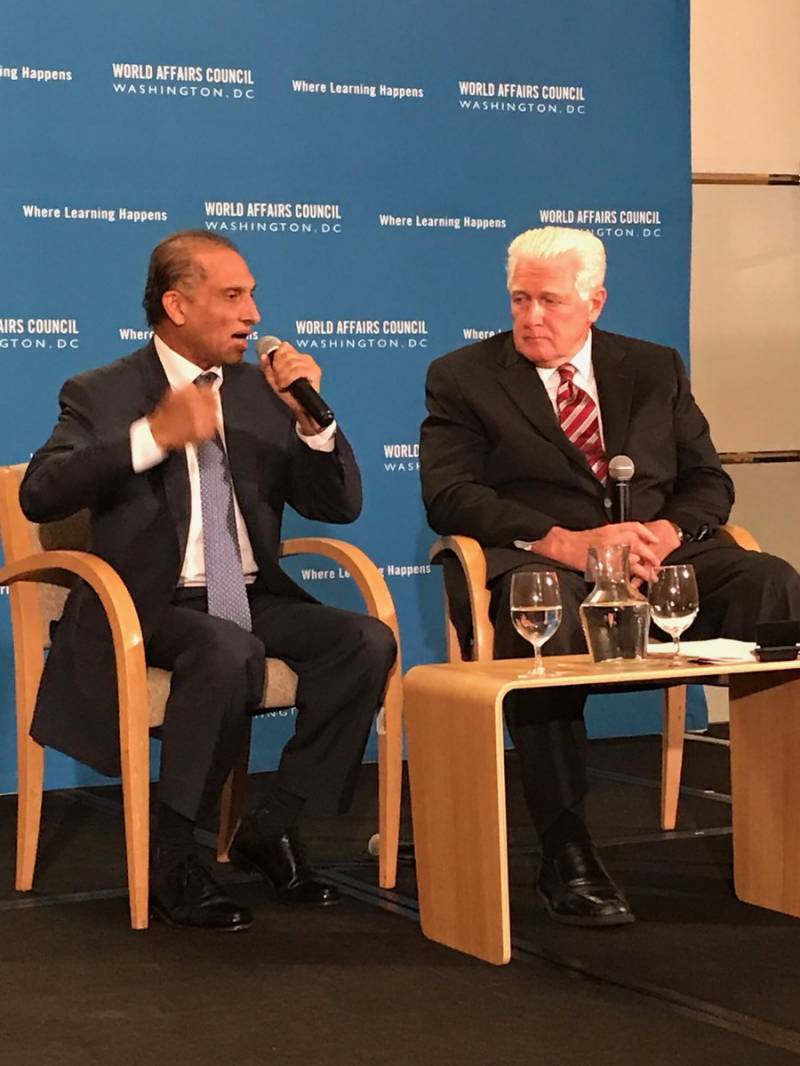 WASHINGTON - Pakistan’s Ambassador to the United States, Aizaz Chaudhry has said that Pakistan was looking for a broad-based and sustainable relationship with the U.S.
He stated this while addressing the Ambassador Series Program organized by the World Affairs Council in Washington, adding that positive results were achieved in the past through close cooperation between both countries.

Peace in Afghanistan is a top priority of Pakistan as it is not only beneficial for our country but also for the entire region, he said.

Systematic border management along Pak-Afghan border is imperative to keep any eye on the terrorists' movement across the border, Chaudhry stressed, adding that cooperation was necessary to beat the common enemy, terrorism.

Chaudhary also said that China-Pakistan Economic Corridor (CPEC) should not affect relations between the United States and Pakistan and asked Afghanistan to take advantage of this opportunity as its first beneficiary.

Pakistan has reiterated to continue its diplomatic, moral and political support to Kashmiris in their ongoing struggle for right to self-determination.

The Ambassador said latest intifada in occupied Kashmir is indigenous and India is using force and committing horrendous human rights violations, which breeds hatred among Kashmiris against Indian occupation forces.