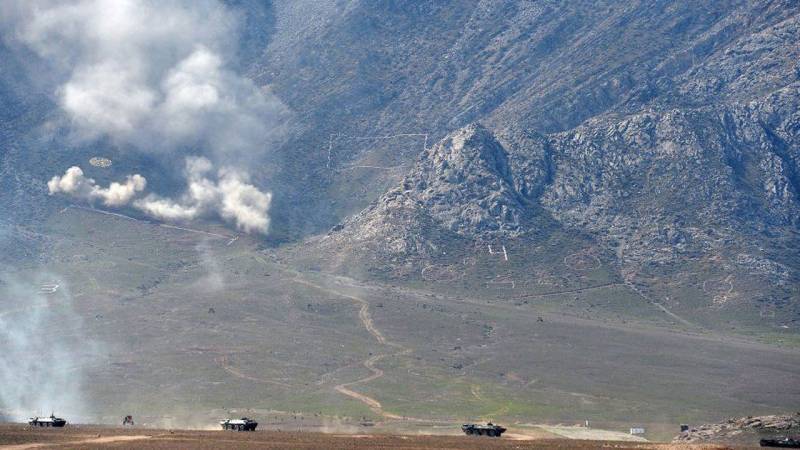 BISHEK – Kyrgyzstan reported 24 causalities in latest border clashes with Tajikistan, hours after the leaders of both countries reached a ceasefire agreement during a meeting on the sidelines of the SCO summit.

"Twenty-four bodies have been brought into the health establishments in the Batken region" the Kyrgyz Health Ministry said in a statement on Friday.

Earlier on Friday, Tajikistan's President Emomali Rahmon and his Kyrgyz counterpart Sadyr Japarov held a meeting in Samarkand where they reached an agreement after dozens injured in border clashes.

"The leaders of the two countries agreed to instruct the relevant structures to cease fire and withdraw forces and assets from the line of contact," the Kyrgyz presidency said in a statement following the meeting.

Both sides have held each other responsible for escalating the fighting, with Kyrgyzstan claiming that the Tajik forces launched missiles on the border town of Batken.

Troops of both mountainous countries regularly engage in clashes due to land dispute. In 2021, 50 people from both sides were killed in unprecedented clashes.

ISLAMABAD – Pakistan has welcomed the recent ceasefire agreement between the governments of the Republic of ...