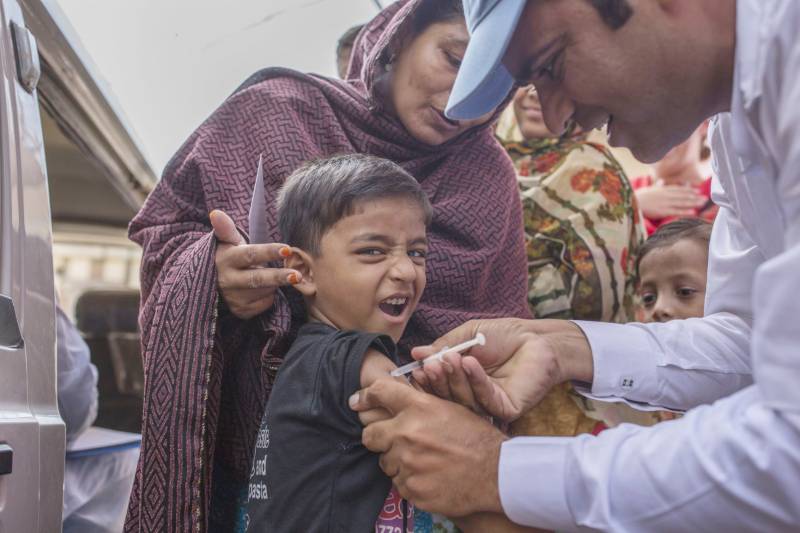 LAHORE – Department of Specialized Healthcare and Medical Education Punjab recommended Punjab authorities to vaccinate minors against the novel virus as a large number of teens and minors in the most populous province have contracted the mutated variants of Covid-19.

Reports in local media cited the health authorities mulled vaccinating children between the ages of 12 and 18.

The health department officials had also collected the data of all children, who lies in the proposed age group, in Punjab and also suggested to the government to take the decision with the consent of the National Command Operation Center (NCOC) – the country’s nerve center to stem novel virus.

Reports further added that is the underage children would be vaccinated on the CNIC of their parents. However, no official of the Punjab government has made any comment on the development.

The health officials proposed vaccinating minors amid a new set of challenges to curb virus spread - many of which still remain unabated.

ISLAMABAD – The National Command and Operation Center (NCOC) in collaboration with NADRA has launched 'Pak ...

The NICH chief earlier emphasized that children possess no special immunity against Covid-19 and remain particularly prone to being infected. Besides having symptoms, they can also act as potential carriers and transmit the disease to others - which can result in a higher number of cases.

A report of the Health department disclosed that more than 20,000 children and adolescents between the ages of 1 and 18 were reportedly affected by Covid from March 2020 to March 2021.