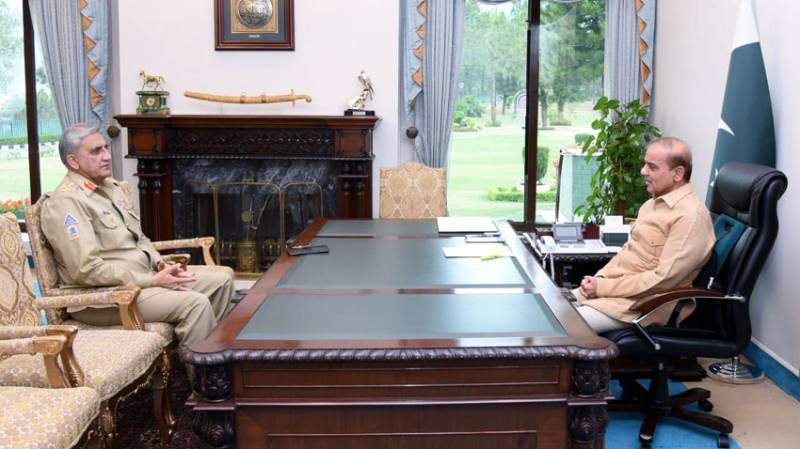 During a telephonic conversation, the premier congratulated the top general on the announcement of the completion of conditions related to the grey list of the anti-money laundering watchdog.

Sharif also hailed the decision of the Commander-in-Chief to set up a ‘Core Cell’ at the General Headquarters (GHQ). PM also appreciated civil and military leaders who worked with the core cell, per the official statement.

Earlier, General Bajwa termed the successful completion of an action plan given by the Financial Action Task Force (FATF) to curb money laundering and terror financing “a great achievement”.

Top civil-military leaders reacted a day after Berlin based money laundering watchdog announced that Pakistan had substantially completed its two action plans, covering 34 items, as part of a bid to get off the grey list on which it has been since 2018 – a decision that would end the threat of Islamabad being put on the black list.

BERLIN – The Financial Action Task Force (FATF) confirmed on Friday that Pakistan had met all 34 items on two ...