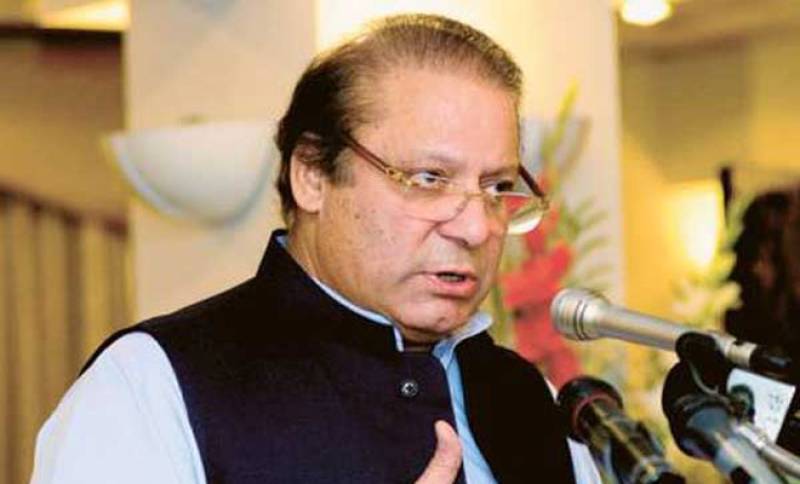 TASHKENT (Staff Report) - Prime Minister Muhammad Nawaz Sharif has said that establishment of peace in Afghanistan is inevitable for peace and stability in the region.

Addressing at the banquet, hosted by Uzbek President Islam Karimov in his honour, the Prime Minister said his government desired to maintain good ties with all countries, including India and Afghanistan.

Referring to various steps taken by his government against extremism and terrorism, he said Pakistan has initiated the comprehensive Operation Zarb-e-Azb against the menace.

He said during the meeting with the Uzbek President, the matters of mutual interest, including cooperation in economy, energy and other sectors, were discussed.

Nawaz Sharif said there is also need to enhance bilateral cooperation in the fields of climate change, agriculture and science and technology.

The Prime Minister said his government desired to build an energy infrastructure corridor to enhance connectivity with the Central Asian states.

President Islam Karimov, in his address, said Pakistan is an important player in the region as well as the world owing to its geographical and geo-political situation.

He said there is a need for coordinated efforts and cooperation to tackle the challenge of terrorism.

He also lauded the economic development of Pakistan under the leadership of Prime Minister Nawaz Sharif.

Earlier addressing a joint press conference after signing of bilateral agreements, both the leaders expressed satisfaction over the bilateral ties.

They agreed to strengthen their ties by enhancing bilateral trade and improving connectivity in the region.

Prime Minister Nawaz Sharif said both the countries are bound with the affinities of culture and faith and stressed to sustain these ties effectively through bolstering the cooperation.

President Karimov said the bilateral meeting and the documents signed will open up new avenues for cooperation between the two brotherly states.