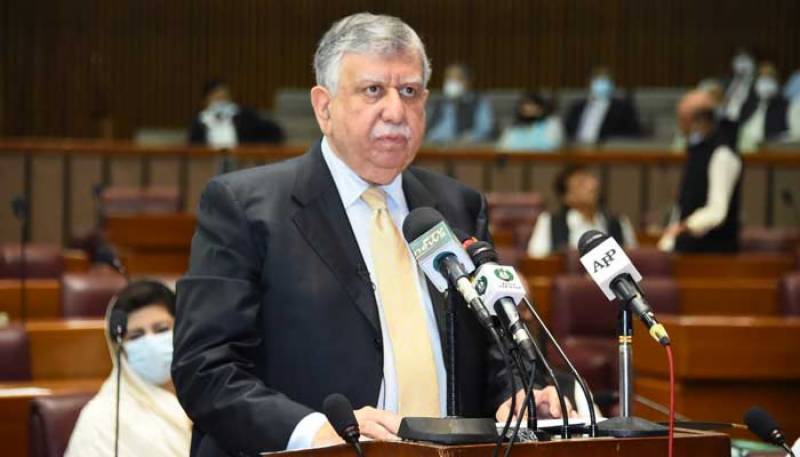 A notification issued by Joint Secretary to the Cabinet cited “In exercise of the powers conferred by clause (1) of Article 93 of the Constitution of the Islamic Republic of Pakistan, the President, on the advice of the Prime Minister, has been pleased to appoint, with immediate effect, Mr. Shaukat Ahmed Tarim as Adviser to the Prime Minister on Finance and Revenue, with the status of Federal Minister”. 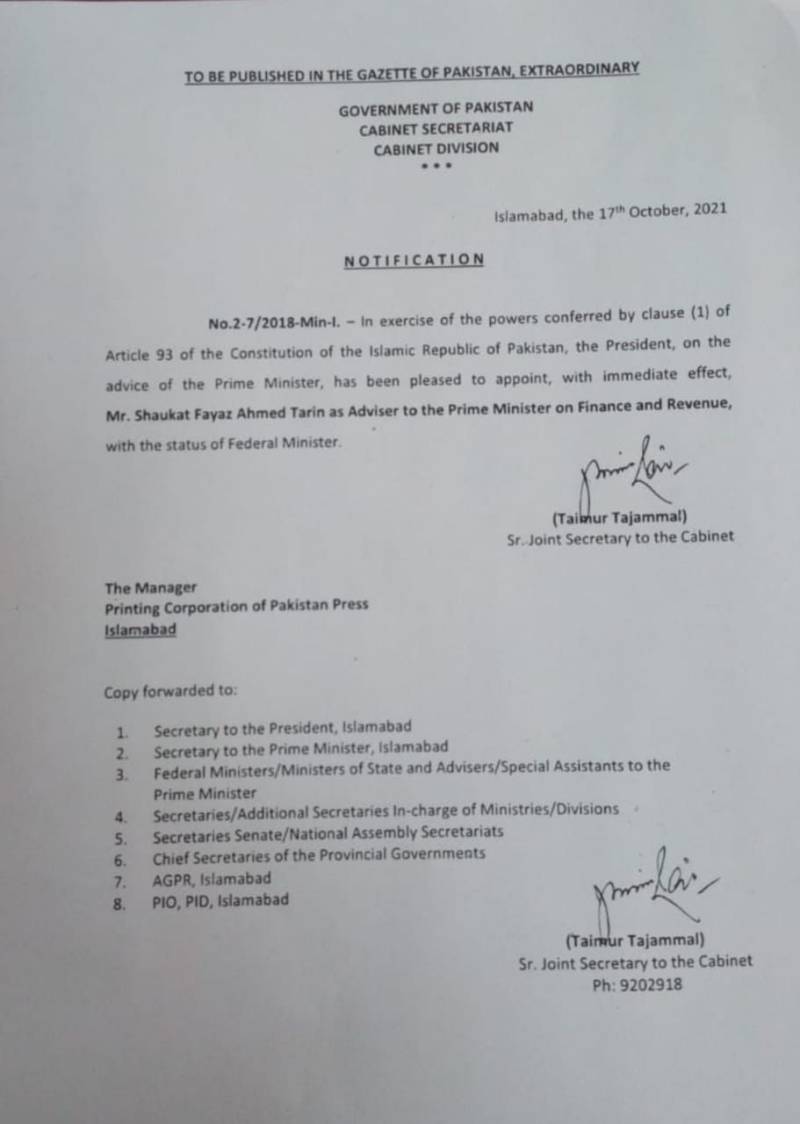 Earlier, the government has been unable to elect Tarin as a Member of the Parliament within the stipulated time frame of six months, which expired on Saturday.

Furthermore, the government intends to get Tarin elected as a senator and it is requisite for him to win the polls to continue as finance minister, as an unelected individual could not head the ministry, chair the Economic Coordination Committee (ECC) and other cabinet committees beyond six months.

Back in March this year, the federal government had attempted to get Abdul Hafeez Shaikh elected as a senator from Islamabad but he lost the seat to PDM’s joint candidate Yusuf Raza Gilani.

Hammad Azhar had replaced Shaikh after he resigned from the position before the expiry of his six-month tenure.