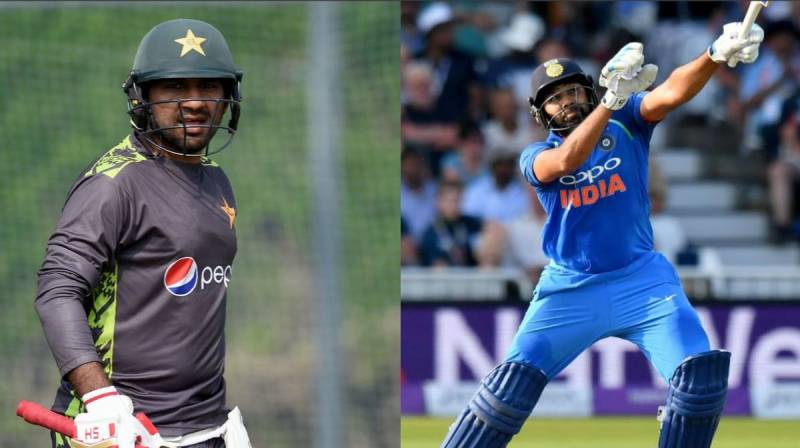 LAHORE - Today is a much-awaited clash between Pakistan, India. The cricket fans are waiting anticipated for an exciting match. The tension is rising as the time is coming near.

The two teams will face each other in the Asia Cup at the Dubai International Cricket Stadium today (Wednesday) at 4:30 pm Pakistan Standard Time. Twitter is also buzzing as the match is going to start in some time.

Celebrities are also waiting for the clash and they have shared the anxiety in the heartfelt posts. Ahsan Khan and Meera Jee wished all the best to the players and showed their love.

Ahsan Khan in a video message said, "Undoubtedly, the Pakistan cricket team is one of the best." "The entire nation, including overseas Pakistanis, is praying for you and waiting for you to win," the Udaari actor stated.

Apart from Pakistani celebs, A known Indian tennis player Sania Mirza who is the wife of Pakistani cricket player Shoaib Malik has also shared her thoughts for the match going to happen today.

Mrs Malik wrote that she will be signing out from social media accounts for a few days after the match to keep her mind tension free during her pregnancy.

Soo less than 24hrs to go for this match,safe to sign out of social media for a few days since the amount of nonsense thts gonna b said here can make a ‘regular’ person sick ,let alone a pregnant one🙄Later guys!Knock yourselves out!BUT remember-ITS ONLY A CRICKET MATCH! Toodles!

We simply can't wait to watch another nail-biting takara between Indian vs Pakistan. Are you too excited?

What are your predictions? Do let us know.