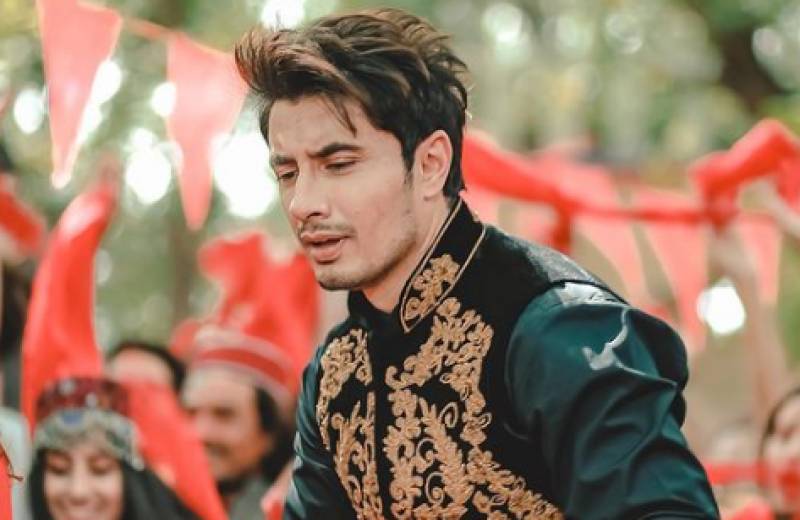 Pakistani singer-actor Ali Zafar's charismatic persona has established him as one of the leading stars of the industry.

Now, the 41-year-old charming actor-singer has dropped the first teaser of his electrifying Pashto song featuring none other than the drop-dead gorgeous Gul Panra.

Turning to his Instagram handle, the rockstar gave the bombshell news of his new cultural track. Further, he unveiled the face of much-adored Gul Panra with an energetic song teaser.

"Yo Lo! TEASER ka maza lo! You guessed the co-singer right but you didn’t know there were two :) Now guess the song ?" he sparked a frenzy with another question.

Furthermore, the singer added that the song will be "releasing this Pashtun Culture Day," which falls on September 22.

On the work front, Ali Zafar released the song titled "Mein Ura" which featured impressive visuals of Pakistani pilots and paid homage to the incredible services of the heroes of PAF.

Rockstar Ali Zafar seems to take a K-pop inspiration as he debuts his purple hair and needless to say the funky style ...