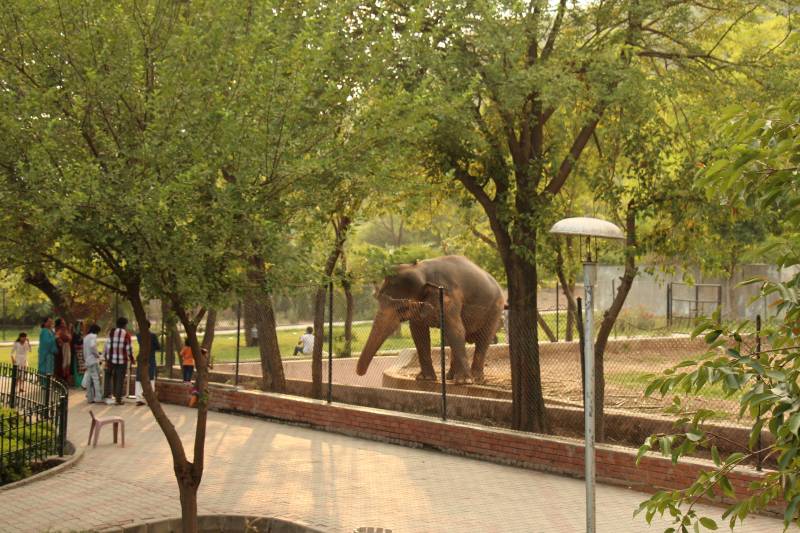 ISLAMABAD – The Ministry of Climate Change has planned to create a pollution-free amusement park in Islamabad.

The PTI government is aimed to launch an electric train in the previous Marghazar zoo in Pakistan’s capital. The launch of the Safari train is to attract visitors towards this recreational place and providing them with quality entertainment.

An electric train will be a fun experience for visitors, fun without air, and noise pollution that would enhance the surrounding ecosystem.

Special Assistant to PM on Climate Change Malik Amin Aslam said that the wildlife conservation and an information center would also be constructed to create awareness about nature.

A recent video of a bear in Karachi Zoo has left many in distress due to the terrible condition the bear appears to be ...

Zoos across Pakistan are known for their poor conditions; however, in a bid to change the reputation, the authorities now plan to expand it as a wildlife conservation center.

Islamabad Zoo was closed after the last of the Himalayan bears flown to Jordan.

Previously, the world’s loneliest elephant Kaavan highlighted the woeful state of Marghazar zoo, where conditions were so bad that the Islamabad High Court judge in May directed to remove all animals.

Earlier, two of the lions and an ostrich died during their relocation.