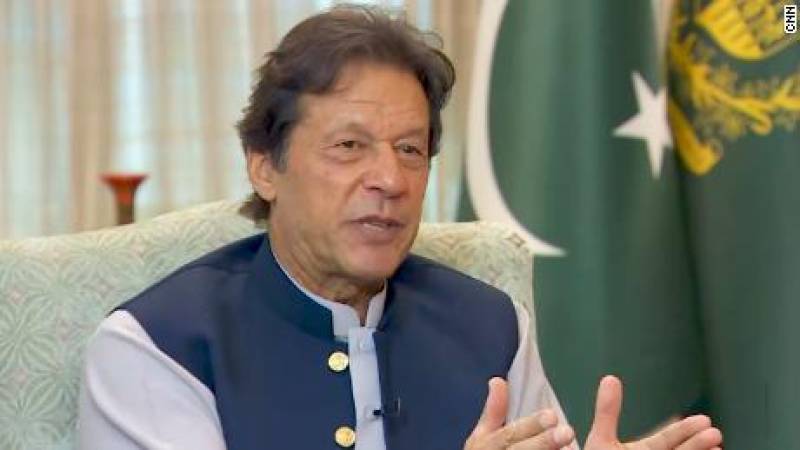 ISLAMABAD - Prime Minister Imran Khan has said it is the first time that the Afghan peace process is moving in the right direction.

In an interview with Belgian channel VRT, he said the United States wants peace and dialogue with the Taliban. The Taliban are also now sitting with the Americans.

He said the next phase will be a ceasefire and then possibly an agreement, the Radio Pakistan reported.

Referring to Pakistan's contributions in the war on terror, the Prime Minister said seventy thousand Pakistanis lost their lives. He expressed satisfaction that 2019, his first year in power, was the safest year in Pakistan since 9/11.

Responding to a question, Imran Khan said the problem in India right now is that they are pursuing Nazi-inspired extremist ideology.