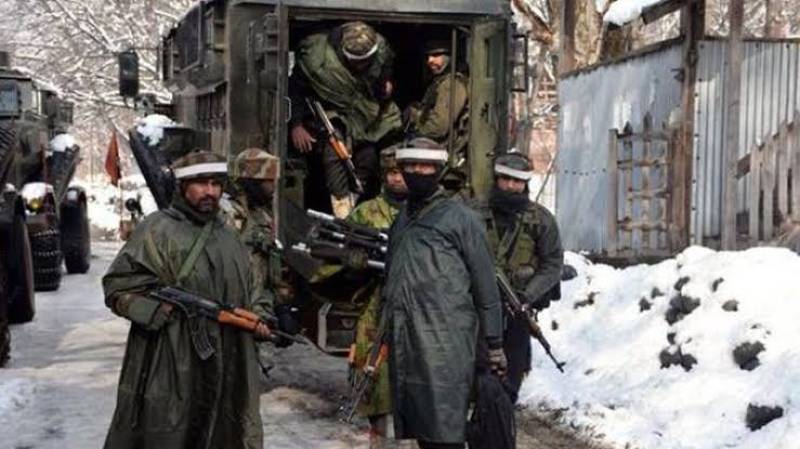 According to Kashmir Media Service (KMS), the youth were killed in a joint operation in Wachi area of the district on Monday.

The Indian forces destroyed a house by using heavy weapons and inflammable chemical during the operation.

Two of the martyrs were identified as Adil Sheikh from Zainapora and Waseem Wani from Urpora in Shopian district. The identity of the third martyred youth could not be ascertained.

According to the last reports, the Indian forces had blocked all the entry and exit points and started house-to-house search operations in the area.

Meanwhile, amid the continued military siege and lockdown on the 169th consecutive day in the occupied territory, restrictions have been further tightened in the name of security days ahead of India’s Republic Day celebrations. More checkpoints have been raised in all big and small cities including Srinagar with troops subjecting vehicles and the pedestrians to vigorous checking and frisking.