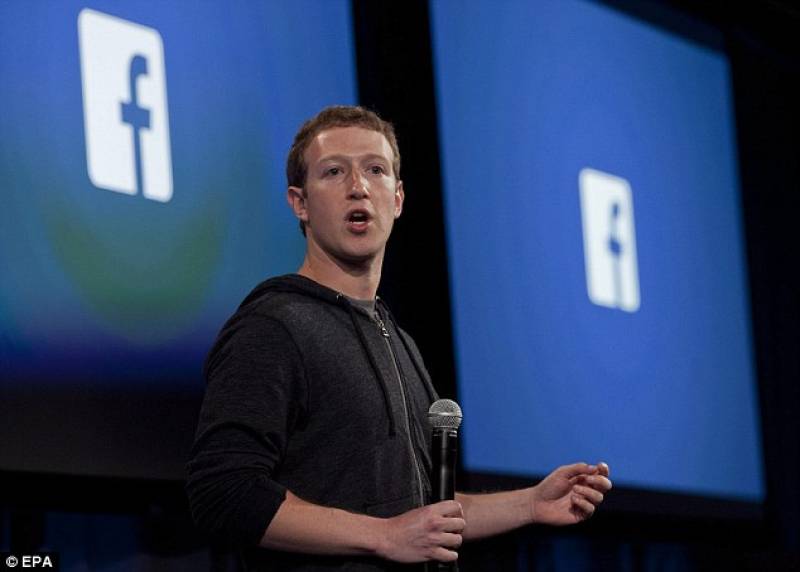 WASHINGTON - The scathing allegations regarding the massive data breach of social networking giant Facebook has stirred panic among the social media buffs, wary of their privacy and activeness on cyber space.

Though initially it has been alleged that a data from a staggering 50 million Americans was used for devising digital media strategy for Donald Trump before the 2016 presidential elections, however, there are many aspects involved in the mystery, a few of them are detailed for the convenience of the users.

How Data Leak Made Headlines

Earlier this week, leading publications including The New York Times reported that Trump’s 2016 campaign hired firm Cambridge Analytica which harvested private information from the Facebook profiles of more than 50 million users to devise digital media strategy for the then tycoon, Trump aspiring for Oval office.

Misuse of Data by Cambridge Analytica

The purpose of the firm is to devise online political campaigns, reach out to potential voters online and it does this by combining data from multiple sources including online information but the recent dispute is the alleged misuse of data by the firm shared by a developer who was supposed to use it only for his own app.

The influence of CA can be gauged from the fact that it is the firm which worked for Donald Trump's presidential campaign in 2016 as well as with the Leave EU camp during Brexit, Firstpost reported.

The conundrum surrounding the data compromise is how the firm got hold of the data and it is believed that CA got this private data from Cambridge researcher Alexsandr Kogan, who created an app called 'thisisyourdigitallife' to offer personality predictions online.

Kogan's app offered users a personality prediction after they agreed to take a personality test. Around 270,000 people downloaded the app. They gave their consent to Kogan to access their public information as well as limited information about their friends.

Although Kogan got access to this data, it was only meant to be used by him for developing his app, however, Kogan sold this data to CA, which then used it to design their social strategies for the Trump election campaigns.

Kogan's app was so effective that if you had downloaded this app and taken the personality quiz, it was able to determine your race, gender, sexual orientation, which political party you were most likely to vote for, and even predicting your vulnerability to substance abuse.

Cambridge Analytica got funding from US billionaire Robert Mercer, who is also a major investor in alt-right website Breitbart News and Steve Bannon, who served as a chief strategist in the first seven months of Trump administration and a founding member of Breitbart News.

Though the allegations of Russian interference in the US presidential elections are bolstered by many and rejected by others, the influence of CA on the electoral battle is apparently undoubted as CA was hired by the Trump campaign to help with data crunching during the 2016 election season. 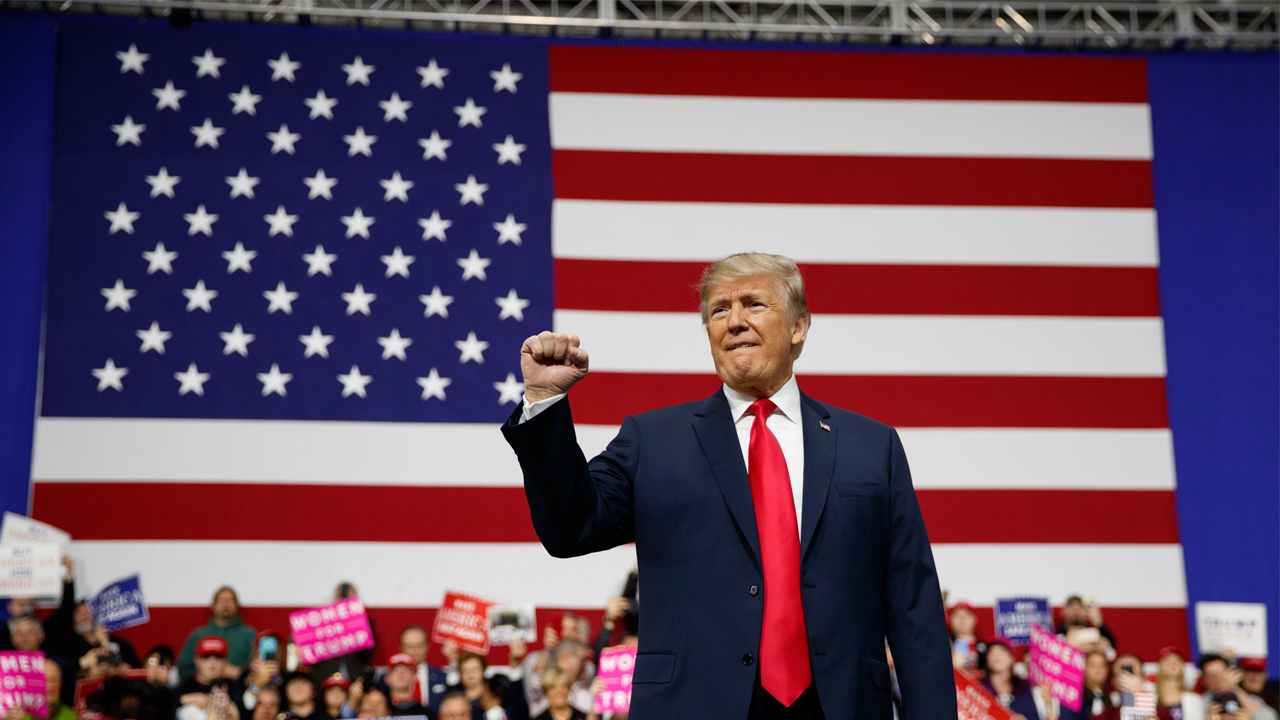 Steve Bannon, then chairman of Breitbart News, who eventually became an advisor to Trump, was also said to be the vice president of CA's board which guided Trump's campaign team on how best to target voters.

Though it might sound normal, considering the digital audience, according to Wylie what CA did was manipulating voters into voting for Trump.

Speaking to The Guardian over the weekend, Wylie said that the company exploited Facebook to harvest millions of people's profiles and used that to build models to target these same people.

Suspended by @facebook. For blowing the whistle. On something they have known privately for 2 years. pic.twitter.com/iSu6VwqUdG

Days after the revelations of CA's co-founder, Wylie explained the process to Channel 4 News saying that Kogan's app paid thousands of users (a lot of them hired by CA using Amazon's Mechanical Turks platform) a small amount of money to take an online personality quiz.

While downloading the app users allowed Kogan's app to use their personal data, location and some publicly available data of your friends as well (this feature of accessing friends' data was discontinued in 2015).

Using the source code from the responses Kogan's app got, it was fed into an algorithm which created a user psychological profile. On an average, for every user survey, Kogan's app captured records of up to 300 Facebook users.

"I just need to engage 70,000 to 100,000 people to get a really big data set, really quickly. This method scaled very quickly and we were able to get upwards of 50 million plus Facebook records within a span of a couple of months," said Wylie adding that the victims were unaware of the process.

"Steve (Bannon) wanted weapons for his culture war and we offered him a way to accomplish what he wanted to do, which was to change the culture of America," said Wylie as he explained how Trump's campaign was finalized.

According to Facebook, there is no data breach as the users who had downloaded the app made by Kogan, provided data with approval.

The social networking giant Facebook acknowledged in the blog post that it had “received reports that, contrary to the certifications given to it, not all data was deleted.”

According to Facebook, "In 2015, we learned that a psychology professor at the University of Cambridge named Dr Aleksandr Kogan lied to us and violated our Platform Policies by passing data from an app that was using Facebook Login to SCL/Cambridge Analytica, a firm that does political, government and military work around the globe. He also passed that data to Christopher Wylie of Eunoia Technologies, Inc."

After a scandal regarding the use of misappropriated data of over 50 million Facebook users by a data firm during ...

Facebook even threatened The Guardian with a legal notice against publishing the report regarding the data breach, terming it 'false and defamatory' allegations.

“Mr Wylie has refused to cooperate with us until we lift the suspension on his account. Given he said he exploited Facebook to harvest millions of people’s profiles, we cannot do this at this time,” Paul Grewal, VP and deputy general counsel of Facebook, said in a statement.

CA responded to Facebook's suspension order by stating that it does not hold data from Facebook profiles. Acknowledging that it had contracted a company, Global Science Research (GSR), founded by Kogan, CA claimed that GSR was only to obtain data in accordance with the UK Data Protection Act and after seeking user consent.

"GSR obtained Facebook data via an API provided by Facebook. When it subsequently became clear that the data had not been obtained by GSR in line with Facebook’s terms of service, Cambridge Analytica deleted all data received from GSR. No data from GSR was used by Cambridge Analytica as part of the services it provided to the Donald Trump 2016 presidential campaign," stated CA.

The shocking revelations regarding massive compromise on data have opened up a Pandora box with social network facing investigations simultaneously in Canada, UK and the European Parliament.

OTTAWA - Canada's privacy watchdog has started a probe into Facebook after the surfacing of allegations that private ...

Britain's information commissioner is investigating whether  Facebook data was "illegally acquired and used," after it suspended CA. In the US, several Republican lawmakers have expressed serious concerns over privacy violations after this story broke out.

What Next for Cambridge Analytica? Targeting India or maybe Pakistan

According to a report by Hindustan Times, the UK-based firm has its eyes on South-Asian countries such as India, Sri Lanka and Bangladesh as they are about to hold elections soon.

The report states that CA and its India partner Oveleno Business Intelligence (OBI) have reached out to Congress and BJP for a possible collaboration for the upcoming 2019 Lok Sabha elections.

According to OBI CEO, Amrish Tyagi, the company is in talks with CA which has denied the allegations and is looking at legal measures.

"We are partners. If something is established to be in violation of Indian law, then we will, of course, reconsider it," said Tyagi clarifying that CA had no projects in India so there was no question of them having done any social media work here.