In this world of ever-advancing technology offered by the handheld smartphones, it’s no wonder that the dedicated cameras including DSLRs were soon relegated into the blurry background. Bulky and cumbersome to carry around, most people prefer using their new high-end smartphone’s camera.

Not so long ago, there was a time when people used to carry these giant cameras on special events to shoot high definition (HD) pictures. But after the revolutionary invention of smartphone’s high-resolution cameras, this industry has turned the tables and brought convenience in our lives with easy access to superior cameras 24/7.

For decades, the only way to achieve atmospheric portraits with a beautiful Bokeh Effect was with a large image sensor and lenses with large focal lengths or by using different editing softwares. Now, Bokeh Effect is included as one of the important features in smartphones which gives the similar blur background effects as a DSLR camera.

Many Smartphone brands have introduced this effect in their phones. The Selfie expert Smartphone brand OPPO introduced the Bokeh Effect in its phones like the OPPO F3 and now the flagship OPPO F5. OPPO F5 is company’s first phone with edge-to-edge bezel-less display. With the Bokeh Effect that blurs the background, your face (or the subject of your focus) becomes the main object highlighting vivid details and brighter results even in the dim lights.

Below we compare how Smartphone are better than DSRL in performance and accessibility. There are a number of variables, but here we do a fairly simplistic comparison between an image shot from high-end Smartphone, and a photograph taken with a Canon DSLR.

In the daily bustle of our busy lifestyles, we can’t carry big gadgets with us all the time unless photography is our profession. Much easier instead to take out our smart phones when we need to capture a beautiful moment. Smartphone’s are faster and offer the option of instantly uploading your photo or video on social media without the hassle of plugging in cables. Although, DSLRs are designed for professional photography with high resolution camera lenses installed within, but, we don’t always need those detail-oriented shots for our daily use. 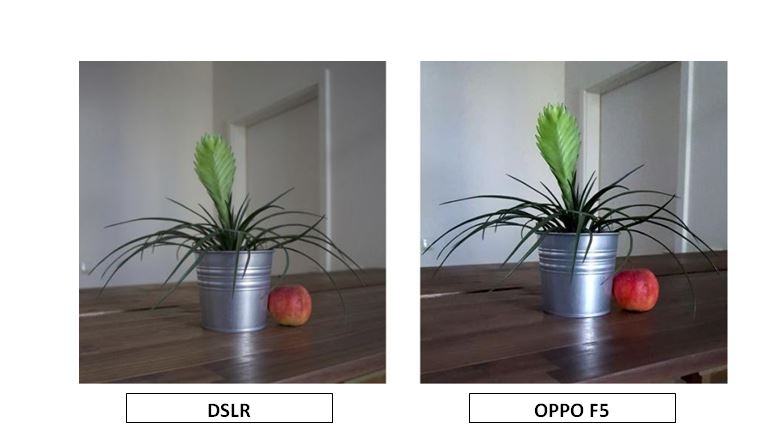 You probably already have a Smartphone. We can’t deny the fact that high-end Smartphone price ranges from $600 to $900. However, if we consider best camera phone brands like OPPO which has recently introduced its mid-range flagship Smartphone, the OPPO F5 with 20MP Selfie camera, equipped with AI feature having the potential to shoot beautiful pictures.

Whereas, if buying a DSLR, $700-$1000 will likely be just enough to get you a medium range DSLR from a good brand like Nikon or Canon, perhaps even with a lens or two.

High-end cameras definitely take better photos and better videos, but this is not the only thing we can say when finding a good camera. Sometimes the size and weight of a camera is not suitable to carry along and for some people the price of DSLR isn’t affordable. For this reason, Smartphone cameras have taken over the regular cameras due to their compactness and budget friendliness.

To conclude, if you love taking good photos, but don’t want to be weighed down with heavy equipment, or don’t have the budget to go that extra mile, let the OPPO F5 be your camera of choice.