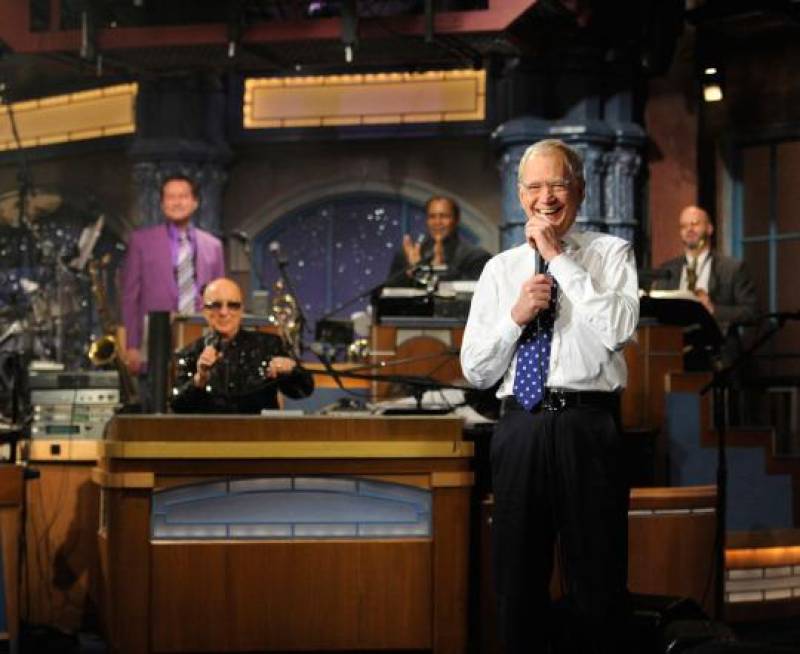 Barack Obama then appeared to repeat that statement before adding: "Letterman is retiring." The host then joined him to ask: "You're just kidding, right?"

Later in the show, Martin, Fey and Seinfeld were among the stars delivering the final, traditional 'Top 10 list', on the subject of "Top 10 things I've always wanted to say to Dave".

He gave emotional thanks to his family, crew and viewers, saying: "There's nothing I can ever do to repay you."

Letterman ended the show by saying: "The only thing I have left to do for the last time on a television programme: Thank you and goodnight."

Letterman has bowed out after 33 years and 6,028 late-night broadcasts.

From his start on NBC’s “Late Night” in February 1982, Letterman’s comedy was about more than telling jokes. He attached a camera to a monkey’s back, tossed watermelons off a roof and wore a suit of Alka-Seltzer to plunge into a tank of water.

Celebrities used to being fawned over either clicked with his prickly personality or didn’t, and when Cher called him a more profane version of “jerk,” it became a memorable moment.

Letterman's successor, Stephen Colbert, will take over his slot in September.