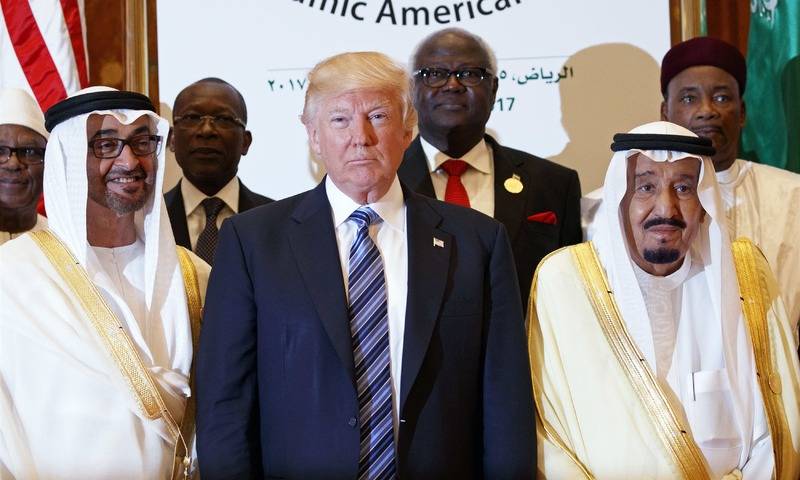 RIYADH - US President Donald Trump called on Arab leaders to do their share to fight “Islamist extremism” on Sunday in a speech that put the burden on the region to combat militant groups while urging unity among religions.

The speech is part of an effort to redefine his relationship with the Muslim world after Trump frequently attacked Muslims on the campaign trail last year and tried to ban many from entering the United States.

“But we can only overcome this evil if the forces of good are united and strong, and if everyone in this room does their fair share and fulfills their part of the burden...the nations of the Middle East cannot wait for American power to crush this enemy for them,” he said.

Trump, who generated controversy with his push to ban many Muslims from entering the United States, described the fight against terrorism as a battle between good and evil rather than a clash of civilisations.

“This is a battle between barbaric criminals who seek to obliterate human life, and decent people of all religions who seek to protect it,” Trump said in the speech. “That means honestly confronting the crisis of Islamist extremism and the Islamist terror groups it inspires. And it means standing together against the murder of innocent Muslims, the oppression of women, the persecution of Jews, and the slaughter of Christians,” he added.

“Terrorism has spread across the world. But the path to peace begins right here, on this ancient soil, in this sacred land,” he said in Saudi Arabia, the first stop on a nine-day tour that includes Israel, Italy and Belgium.

Earlier, Trump received a warm welcome from Arab leaders, who set aside his campaign rhetoric about Muslims and focused on his desire to crack down on Iran's influence in the region, a commitment they found wanting in Obama.