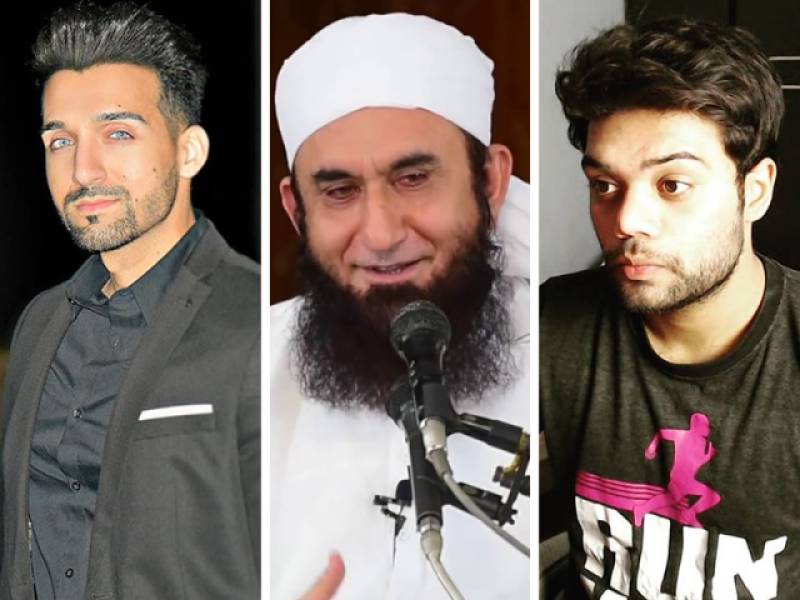 LAHORE - Well-known Pakistani religious scholar Maulana Tariq Jameel is having a large number of subscribers on his YouTube channel. And now the scholar is using the video-sharing website for ending the feud between famous Pakistani YouTube celebrities.

After internet sensations Sham Idrees, Ducky Bhai, Mooroo and Zaid Ali T all got tangled in a spat over stolen content, Maulana Tariq Jameel stepped in with a new video on his channel where he addressed the brawl and urged the stars to make peace.

In the video titled ‘Stop Fighting’, the esteemed academic can be heard saying: “Our society doesn’t believe in letting go. We destroy people over very minute disputes.”

The video shares footage of him meeting with YouTuber Zaid Ali T where the two can be seen enthralled in discourse while Maulana Tariq Jameel urges people to forgive and forget.

“Those who do not make errors are not humans, regardless of them being considered pious or a cynic, mistakes are a significant part of a human’s life,” he states.

The religious preacher has been using his channel on YouTube to discuss various Islamic topics and has racked up viewers from across the globe that has even earned him the golden button on YouTube.