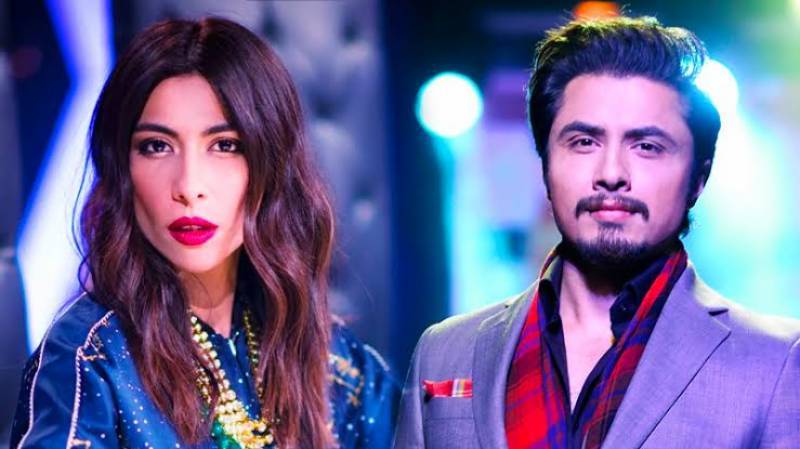 I didn’t see any act of sexual harassment by the plaintiff as alleged by the defendant,” said Mr Farhan Ali while recording his statement in a defamation suit filed by Ali Zafar against Ms Shafi. Ms Farhan said that in the (Pepsi’s) battle of bands show, the panellists were Atif Aslam, Fawad Khan and Ms Meesha.

“Prior to the shooting of second season show, the management told us that Ali Zafar stood replaced for Atif Aslam.

On the same night, Ms Meesha informed me that she would not work with him,” he added.

Ms Farhan said that this was the first time, she told me that that the plaintiff sexually harassed her in the past.

LAHORE - In April 2018, Pakistani singer Meesha Shafi had accused Ali Zafar of sexual harassment. Since then, the ...

Later, the court heard arguments by both parties into an application filed by Ali Zafar to stay the proceeding into Ms Shafi defamation suit. The lawyers of Ali Zafar argued that if Ali Zafar wins his defamation suit, there would be locus standi of Ms Shafi’s suit.

LAHORE- The Lahore High Court on Friday dismissed the petition filed by singer Meesha Shafi in a harassment case lodged ...

However, Ms Shafi’s lawyer argued that both suits are different matters. The court adjourned the cases till November 30, 2019.

The Meesha - Ali case doesn't seem to end any sooner, things are getting complex day by day. Let us know your thoughts on this?