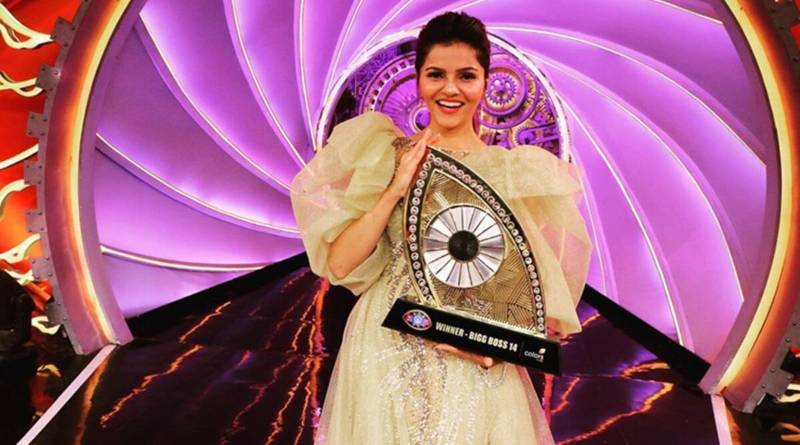 Indian TV star Rubina Dilaik has been officially crowned as the winner of the popular TV reality show Bigg Boss 14 on Sunday night.

Taking home the winner's trophy and a hefty amount, the 33-year-old television star stayed in Bigg Boss house for over a whooping 140 days.

A whirlwind journey with ample ups and down, Dilaik admitted that she had come on the show Bigg Boss 14 to give a chance to her marriage with Abhinav Shukla.

From the heartbreaking confession of the truth of her marriage to soaring emotions, somewhere while staying in the Big Boss house, Rubina has won hearts since day one.

A brilliant combination of a strong contender to being the perfect wife, Rubina Dilaik was overwhelmed with her win as she posed happily with her trophy on Instagram.