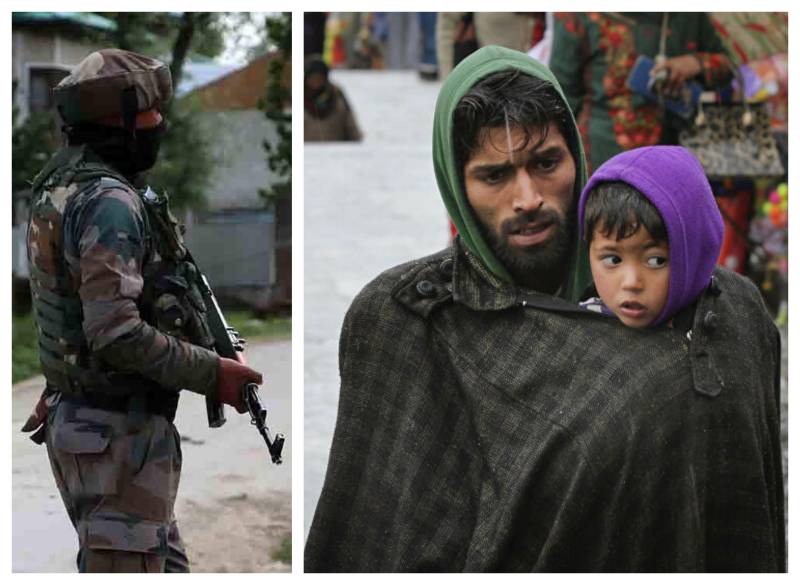 SRINAGAR – Posters have appeared in Srinagar and adjoining areas, appealing people of Indian Illegally Occupied Jammu and Kashmir (IIOJ&K) to observe complete shutdown against the expected visit by Prime Minister Narendra Modi to the territory this week.

The posters reading, “Kashmiris totally reject Indian Prime Minister’s visit” have been pasted on poles and streets of Srinagar city and adjoining areas.

The visit is an attempt by Narendra Modi to portray a wrong impression of normalcy in the territory, the Kashmir Media Service reports.

Modi is expected to visit the occupied territory any time after Thursday.

SRINAGAR – The President of Peoples Democratic Party Mehbooba Mufti has urged India to start dialogue with ...

Meanwhile, Hindutva forces are now working on a plan to impose ban on the Kashmiri cultural dresses in order to rob Kashmiris of their identity.

According to KMS, Hindu extremist organisation Rashtriya Bajrang Dal has put forward the demand for a ban on the traditional Kashmir outfit, phiran, in Kashmir Valley. The reason for the proposed ban was stated to be the alleged misuses of the typical dress by mujahideen (freedom fighters) to carry out attacks on Indian occupational forces.

Amid brutal killings of innocent Kashmiris in fake encounters, Indian Army, Central Reserve Police Force and Special Operations Group of Police continue to carry out raids and crackdown operations in several areas of the occupied Himalayan region of Jammu and Kashmir.