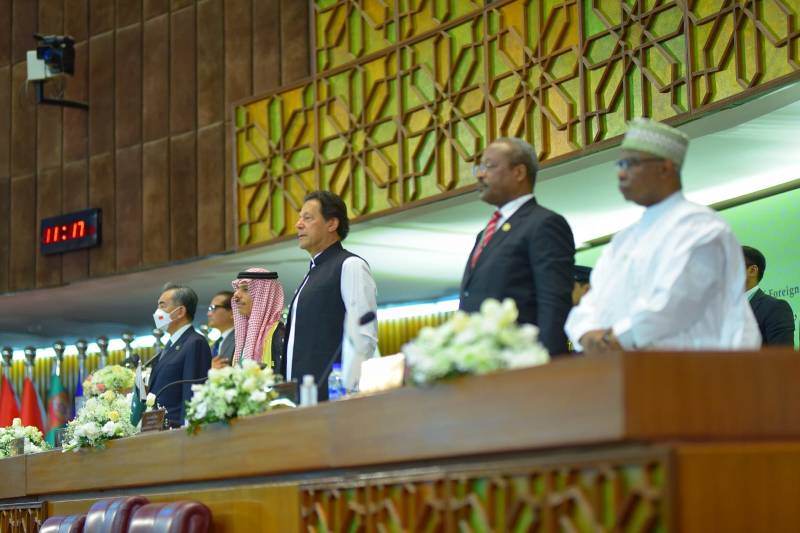 ISLAMABAD – Prime Minister Imran Khan has urged the Muslim countries to take a united stand on various challenges facing the Muslim Ummah including the longstanding issues of Palestine and Kashmir.

In his keynote address at the 48th session of the OIC Council of Foreign Ministers in the federal capital, the premier told Muslim countries not to drag themselves into bloc politics.

PM felicitated the OIC members over the landmark resolution passed by the United Nations against Islamophobia which declared March 15 as the day to combat Islamophobia.

Khan however regretted that Ummah failed to make an impact on the resolution of the Kashmir and Palestine disputes. Given our divisions, the oppressors do not take us seriously, PM said while citing a huge population bulge of Muslims.

PM reiterated that the Muslim world promised the Kashmiris to decide their future, regretting that the special status was also taken away illegally by the Indian government in 2019. Modi-led government is changing the demographic structure of the occupied territory in complete contravention of the fourth Geneva Convention, he added.

Commenting on the Afghanistan situation, Prime Minister said a stable Afghan government is the only way to stop the menace of terrorism. He also requested the international community to help the people of war torn Afghanistan in sorting out their issues.

The second-largest inter-governmental organization OIC should play its role to stop conflict in Ukraine, PM said, he also called on China and all the non-partisan countries to use their influence to resolve the crisis.

Earlier, Prime Minister welcomed the participants of the international moot saying he was pleased to announce that the OIC platform coincided with the occasion of the 75th anniversary of the country’s Independence.