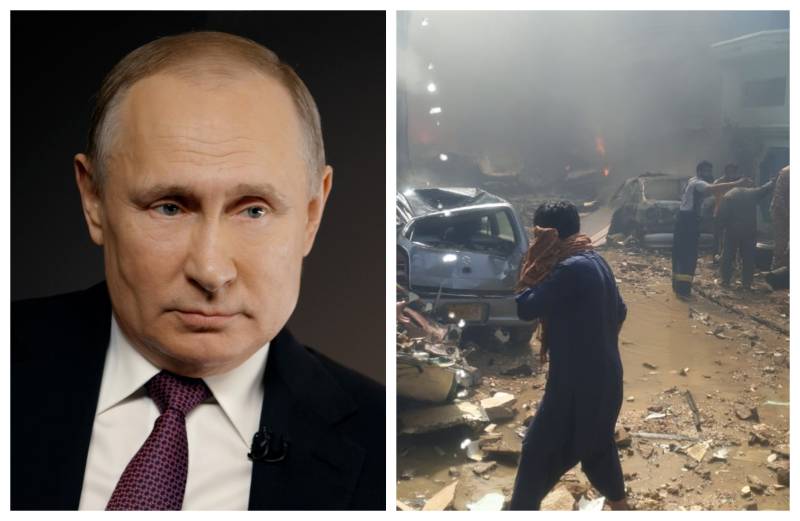 MOSCOW – Russian President Vladimir Putin on Friday extended condolences to his Pakistani counterpart, Arif Alvi and Prime Minister Imran Khan over the tragic plane crash in the city of Karachi.

"Russia shares the grief of those who have lost their relatives and friends in this catastrophe and hopes for quick recovery of all the injured persons," Putin wrote in his letter to the Pakistani officials, released on the Kremlin website.

The Pakistan International Airlines' aircraft crashed earlier on Friday near the Karachi airport, hitting several houses, according to the city's mayor.

A spokesman for national flag carrier, Pakistan International Airlines (PIA), confirmed the crash and added that the A320 Airbus was carrying 90 passengers and 8 crew members from Lahore to Karachi on PK 8303.

PIA’s Lahore-Karachi flight PK-8303 crashed on a residential area near Karachi airport a short while ago. Fire fighters trying to control fire in an affected house👇🏼 🔥 ✈️ #planecrash #BREAKING pic.twitter.com/LEg1roPjol