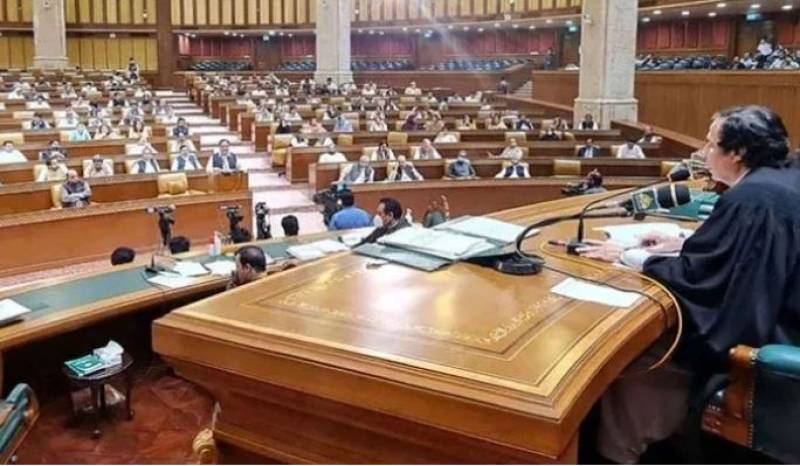 LAHORE – The much-anticipated session of the Punjab Assembly with a no-confidence motion on the agenda was adjourned till June 6 without tabling of the resolution.

Punjab Assembly session was called to take up no-confidence motions against the speaker Pervaiz Elahi and the deputy speaker was adjourned forthwith. The session was scheduled to start at 12:30 pm but was firstly delayed for nearly two hours and when it started lasted for only a few minutes.

Reports in the media suggest that merely 26 lawmakers were present in the House when the session, presided over by Panel of Chairman Wasim Khan Badozai, was put off.

Voting on the no-confidence motions was on the agenda of today’s session which was marred by delay and a face-off between ruling and opposition lawmakers outside the assembly.

Earlier in the day, law enforcers ensured foolproof security measures on the assembly premises, and all the outsiders were barred from entering the house.

Law enforcers took over the building of the Punjab Assembly and personnel have been deployed at all entrances of the house ahead of the session. 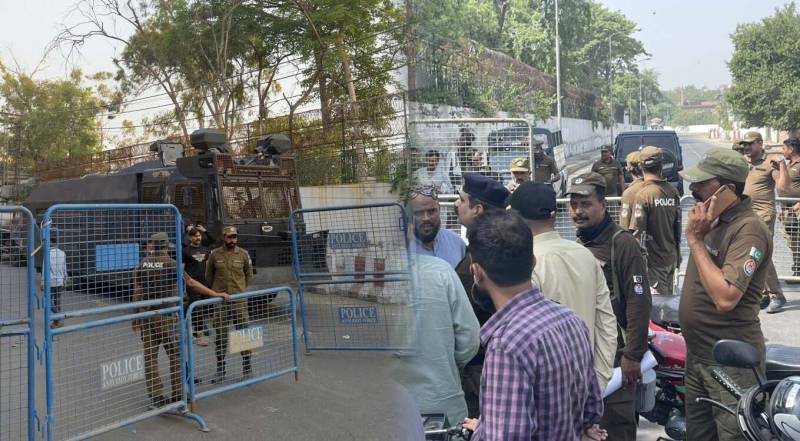 It has not been confirmed who issued stern instructions however the PML-N alleged that these orders were issued by PML-Q’s Pervaiz Elahi, saying only the speaker has the authority to make such decisions.

Following the brief restriction to enter, members from both sides of the aisle have started reaching Punjab Assembly.

Earlier, police carried out an operation to stop the meeting of the Punjab Assembly and DG parliamentary affairs Rai Mumtaz Hussain was arrested. Residences of Secretary Assembly Muhammad Khan Bhatti and Secretary Coordination Inayatullah Luck were also raided, per reports.

An emergency session of the Punjab Assembly was summoned by Speaker Chaudhry Pervaiz Elahi in a surprise move ahead of the previous date fixed for the session.

Elahi called the session after the de-seating of the 25 lawmakers of the former ruling party that had voted for PML-N’s Hamza Shehbaz in the elections for the coveted seat of the Punjab Chief Minister.

LAHORE – An emergency session of the Punjab Assembly, summoned by Speaker Pervaiz Elahi will be comvened tomorrow ...

Following the top court order and ECP move, the probability for Elahi to become the chief minister of the country’s most populous region has considerably increased however PML-N is sure of retaining the coveted slot.