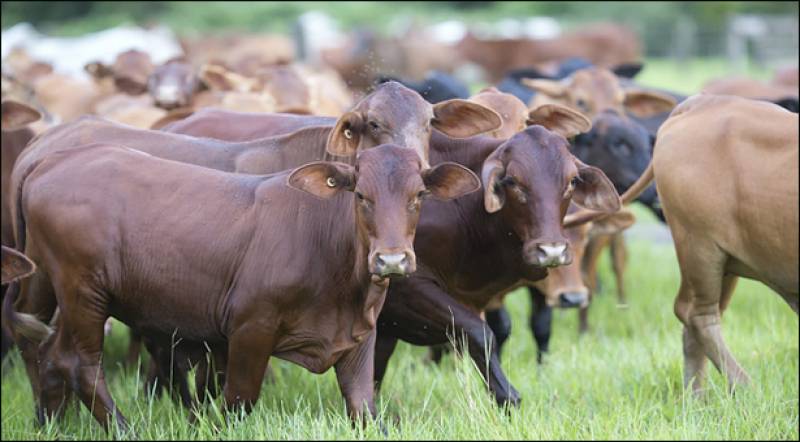 SYDNEY (Web Desk) - Australian farmers managing cattle stations as large as some European nations will soon be able to monitor their cows and pastures from space as part of "groundbreaking" technology, scientists say.

The technology, developed with government and private funding, taps into a satellite passing overhead to record the weights of herds daily while monitoring pasture conditions -- a task traditionally impossible due to the stations´ vast sizes and harsh, remote locations.

Australia is one of the world´s largest beef exporters.

"There´s just a huge labour component and time that goes into collecting that data (of weight and pastoral conditions), which is essentially why producers don´t do it on a more regular basis," Sally Leigo from the Northern Territory´s primary industry department, the project´s research leader, told AFP Thursday.

On average, cattle are only weighed 1.5 times a year and only two percent of pasture is regularly viewed, the Cooperative Research Centre for Remote Economic Participation, the private-public funded organisation that developed the tool, estimates.

The technology exploits the stations´ semi-arid conditions, which means there is little access to surface water with cattle having to walk to man-made watering points each day.

A weighing platform that the cows -- which each have an electronic tag -- must step on is placed at the watering points and powered by solar panels, with the data fed to a satellite and then to a station manager´s computer.

The satellite also monitors pastures every 250 metres (820 feet), allowing farmers to determine when cattle must be moved to the next paddock.

"The global demand for beef is booming at the moment," said Murray Grey, whose family has for three decades run the remote West Australian 1,970-square-kilometre Glenflorrie station, one of the five taking part in the trial before a public showing next week.

"Ultimately, it´s getting that animal to market quicker," Grey added, saying the technology would boost efficiencies in the lucrative business, such as cutting costs and lifting revenue, by 25 to 40 percent.

While farmers traditionally look for a visual change in a herd to determine when they are losing weight and their feed needs to be refreshed, the technology will allow them to monitor this almost instantaneously.

"There´s a lot of systems still in place on pastoral stations that haven´t changed in over 100 years... and it´s great for our industry to finally be in pace with the technological world," Grey said.

Leigo said she was hopeful the technology would become commercially available to cattle stations worldwide by 2017.