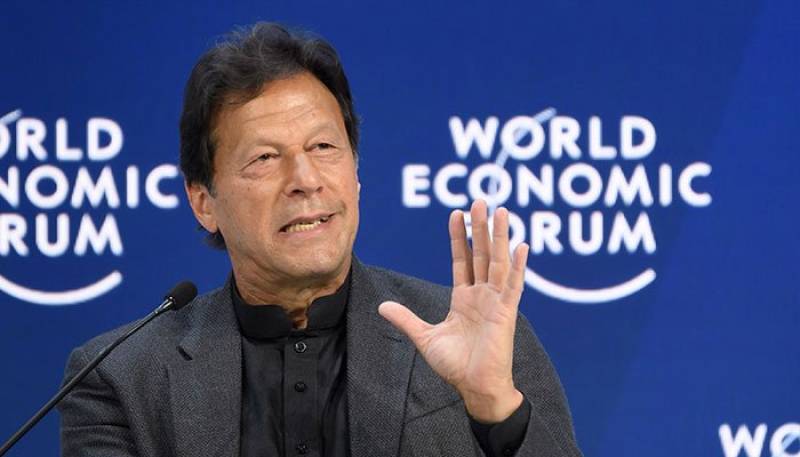 DAVOS - Prime Minister Imran Khan says Pakistan has been put on the right economic track and expressed the confidence that good times are ahead for the country.

Addressing the prominent business personalities at Pakistan Breakfast Meet in Davos today (Thursday), the prime minister said that his vision is to turn Pakistan into a welfare state and ensure inclusive development as envisioned by the founding fathers.

Imran Khan said present government is spending money to revive industries by encouraging and giving them incentives. We want to promote industrialization as it will create wealth which will help spend money on the poor segments of the society.

He informed the audience that we have launched the country's largest and most comprehensive poverty alleviation program Ehsaas, for which 190 billion rupees has been allocated.

Referring to the challenges faced by the country including corruption, high debt and degeneration of institutions, the Prime Minister said despite these challenges, his first year in power has remained remarkable.  He said we have reduced the current account deficit by seventy five percent which is a great achievement. This success is now reflected in rupee stabilization, rising stock market and foreign investment.

He said the process of reforms has been started. He said the reforms process is painful and takes time to bring change but said we will stick to it which requires courage, political will and withstand criticism.

Imran Khan noted that the country has the potential to excel given its vast natural resources including those at Reko Dik and the dynamic human resource.  He said overseas Pakistanis are our greatest asset and we are trying to create environment for them to come back, the Radio Pakistan reported.