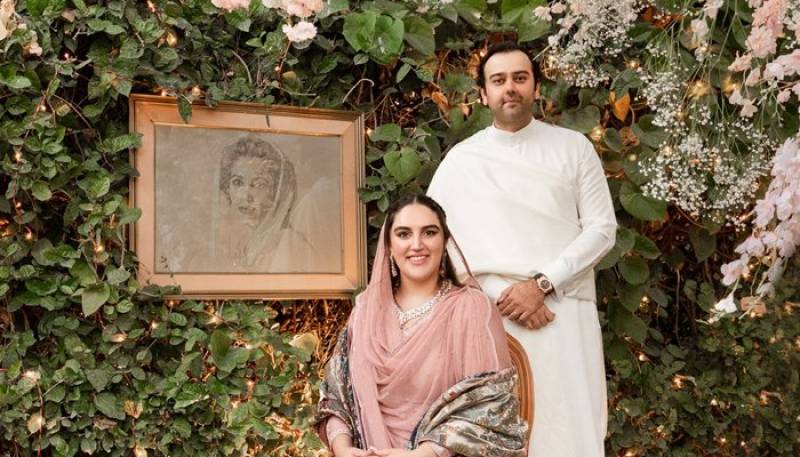 The wedding of Bakhtawar Bhutto-Zardari and Mahmood Chaudhry's wedding celebration has piped curiosity of the public.

Since the news was out that they will be tying the knot in Karachi this month, rumors has it that over 1000 guests will be participating in the lavish event at Bilawal House.

However, a spokesperson for Pakistan Peoples Party (PPP) has refuted all the speculations, announcing the actual number of guests' count, which is 300 only.

Earlier on Friday, an official statement was released regarding Bakhtawar's wedding date, sharing the schedule of matrimonial ceremonies.

According to details, a Milad function will be held on January 24 at the residence of the PPP leader, while a simple Mehndi ceremony is scheduled to take place on January 27.

The Nikkah of Bakhtawar Bhutto will be held on January 29 while the Barat is scheduled for January 30.

The much-talked-about engagement held on November 27, 2020, in an intimate ceremony at the Bilawal House Karachi. The clicks of the engagement ceremony went viral on social media and messages of prayers, love and wishes from fans were sent to the couple.

Bakhtawar Bhutto Zardari and Mahmood Chaudhry's wedding celebration has been in full swing lately, as the groom has ...