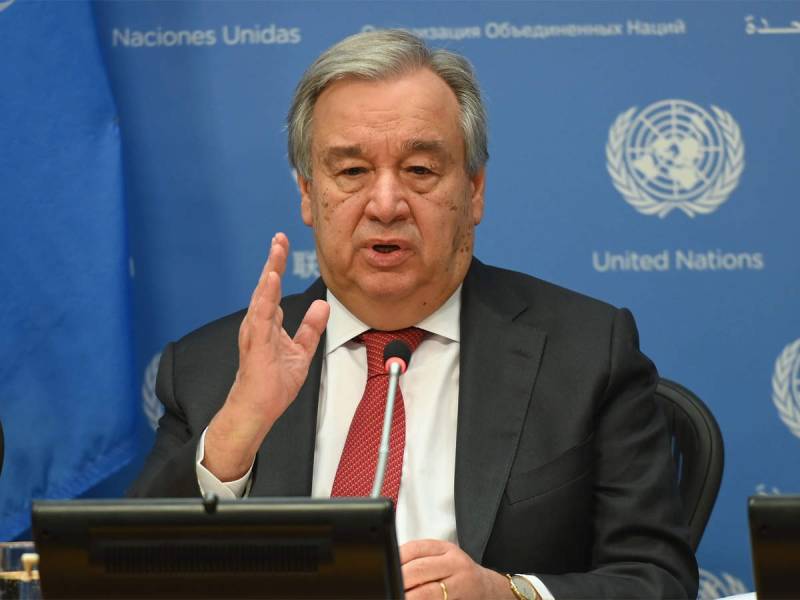 UNITED NATIONS – UN Chief Antonio Guterres has reaffirmed the top organization’s position on the Kashmir dispute saying it should be resolved on the basis of the UN Charter, Security Council resolutions, and bilateral agreements between the two sides.

Report of state broadcaster said United Nations Secretary-General in his first press conference in the new year expressed hope that human rights would be respected in the region.

Responding to a journalist in the presser, he said the position of the United Nations and the resolutions that were taken are the same, there is no change in the policy, he added.

UN has a peacekeeping operation in Kashmir, UN Military Observers Group in India and Pakistan (UNMOGIP), which monitors the Line of Control in the disputed region, he said, while adding that UN offered 'good offices' to resolve the dispute several times.

Guterres maintained the issue can be solved peacefully and that the situation in Kashmir is a situation in which human rights are respected and in which people can live in peace and security.

Meanwhile, Islamabad again urged the UN to step up its efforts and urgently resolve the Kashmir dispute in order to halt Indian atrocities in Indian illegally occupied Jammu and Kashmir.

Ambassador Munir Akram while commenting on the report of the UN chief on the work of the Organization told the UNGA that peace and security must remain at the core of the functions of the UN.

“We urge the Security Council and the Secretary-General to exercise their considerable authority to promote an early and peaceful resolution of the Jammu and Kashmir dispute and to end the Indian reign of terror against the Kashmiri people,” the Pakistani envoy said in his speech.