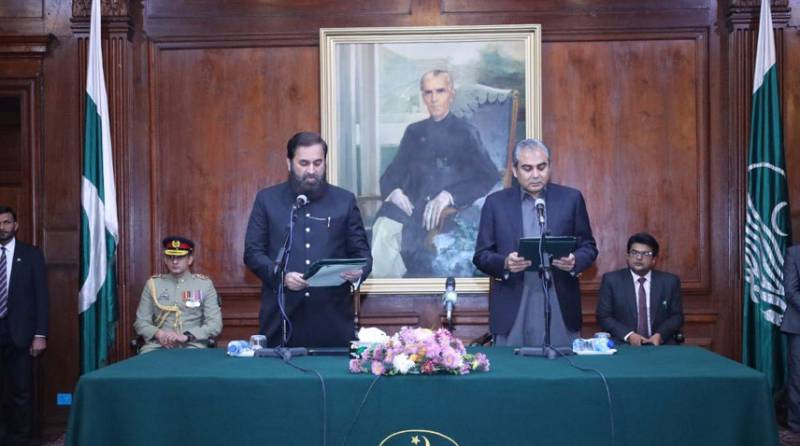 Punjab Governor Balighur Rehman administered oath to the interim chief minister of the country’s most populous region after officially notifying him as the provincial chief executive.

Reports in local media suggest that the ceremony was attended by senior bureaucrats and close members of his family.

Meanwhile, the formation of a new interim cabinet of Punjab is expected to start today, and noted former bureaucrats, and technocrats are being considered to be included in the caretaker setup.

The oath-taking ceremony was held hours after the top electoral watchdog picked Mohsin Raza Naqvi as the caretaker chief minister of Punjab on Sunday.

Earlier, the matter landed in tribunal after the government and opposition failed to nominate name for the coveted post.

In a social media post, the former premier shared two cents on Pakistan Muslim League (N), saying the political party has a history of selecting their own umpires and questioned ECP's move to pick Naqvi who made a voluntary return deal with the country's anti-graft watchdog.