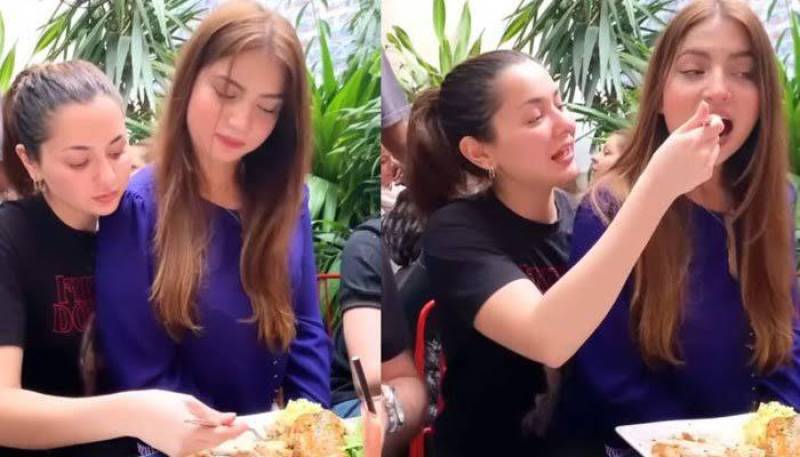 The Pawri fever is nowhere near its end as the 19-year-old Dananeer propelled to unprecedented fame with a five-second clip that left the internet in frenzy. With numerous renditions of her monologue, her sarcastic dog at a certain class got translated into a meme fest between rival neighbours India and Pakistan.

Lately, the Pawri girl has landed in the spotlight with her Instagram feed full of clicks of her socializing with celebrities. Amongst them all, Hania Amir has formed an adoration for Dananneer and is often spotted showering love on her.

Aamir and Mobeen have been in Karachi for quite a while now and have been spending most of their time together at showbiz bigwigs Shazia Wajahat and Wajaht Rauf’s place.

A viral video of Hania and Dananeer has taken the Internet by storm where Dananeer is sitting on the Dilruba star's lap and is being forcefully fed by her while the 'Pawri' girl pouts and eats.

The adorable interaction has left some fans gushing but others have labelled it cringe-worthy and criticized the girls. 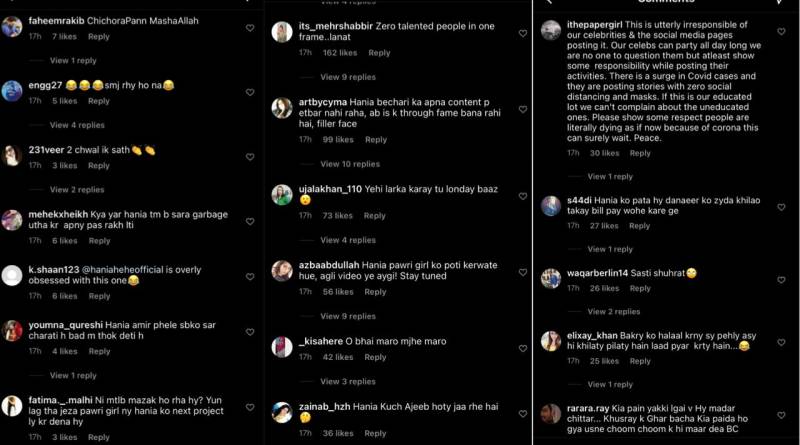 Earlier, the two ladies met and promptly clicked and are often spotted sharing a sisterly bond.

On the work front, Hania and Dananeer both were named the brand ambassador for the Pakistan Super League team Peshawar Zalmi.

Hania Aamir is an enthusiastic performer who has been making waves in showbiz with her outspoken persona and impeccable ...