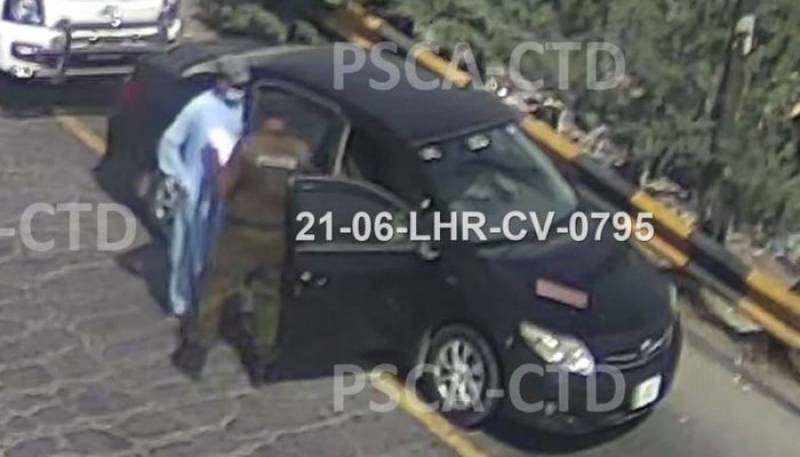 LAHORE – In another development, security agencies have found the details of the vehicle used for the explosion near the house of Hafiz Saeed, the chief of proscribed Jamaat ud Da’awa, in Lahore’s Johar Town area that killed four people and wounded 25 others.

Media reports said that the vehicle entered Lahore through Babu Sabu where its picture was taken by safe city cameras at the Babu Sabu checkpoint.

The vehicle was not laden with the explosive when it was checked by the police officials. Investigations are underway to find at what point the explosive material was planted in the car.

The black car was snatched during a robbery in 2010 and a case in this regard is registered in Gujranwala.

On the other hand, the law-enforcement agencies (LEAs) Thursday claimed to arrest a terror suspect involved in the Johar Town blast from Allama Iqbal International Airport in provincial capital.

At least four people, including a man and his son, were killed in the blast while more than 2 dozens, including a policeman, sustained injuries when a bomb blast rocked a number of houses in the locality of Punjab capital.

LAHORE – The law-enforcement agencies (LEAs) Thursday claimed to arrest a terror suspect involved in the Johar ...